Using art to preserve the community's history and heal

For Alan Compo, art has the power and ability to put a voice into the unspoken
by Fernanda Pires

Among dozens of pieces hanging on the walls, one of his favorites is the acrylic on canvas Message from a Friend. It portrays Compo painting himself and getting stabbed by himself at the same time.

"It looks dark but in reality it is you working hard against time to achieve your goals, because you are the only one who can hold you back," he said. "It is a motivator and a pusher because you can be your worst enemy or the opposite."

Born and raised in Grand Rapids, Compo is an Anishinaabe artist from the Grand River Bands of Ottawa Indians. He always tries to put his heritage into his art. Compo started drawing in 2003, inspired by another incarcerated artist who became his mentor.

"Art was basically my life inside there. It was an escape, freedom," Compo said.

"I started to tell stories through my work. In my first pieces, I would draw things and moments that I remembered being part of a native community, pictures from home."

From drawing to paintings

Trading ideas and books with other artists inside, Compo discovered his passion for bright colors and canvas. He created dozens of pieces and exhibited in PCAP’s Annual Exhibition of Art by Michigan Prisoners at the University of Michigan  for several years. Among his first works shown in 2007 are Pardon Me and Deer and Boy.

"I drew a lot of myself! Many self portraits," he remembered, laughing. "I was doing art every single day, for hours, to get my mind out of there."

Since coming home, Compo has continued to be an active member of PCAP. Last September, he painted three murals for ArtPrize in Grand Rapids as part of a project to help preserve Grand Rapids' and Battle Creek's history. The murals are a tribute to the Anishinaabe people past, present, and future.

"I painted a whole story line on the Grand River for a community who used to live there," he said. "And in all the stories I used to hear, there was always a plum tree."

Compo said these trees were located along the riverbanks and the native women would go there "for sanctuary or just piece of mind.” He said the story of the plum orchard is one of those stories that probably got lost in translation throughout time. Now, it is being told through his mural.

"The city liked so much, so they decided to plan the trees back down there, they revamped the whole site. A sculptor created some pieces as well and put them out there. It was incredible."

"There is a big and drastic evolution from the time when I started, but I am still learning, and still building a lot," Composaid. "Art is a big part of my life and sometimes I wonder where and how I would be without art." 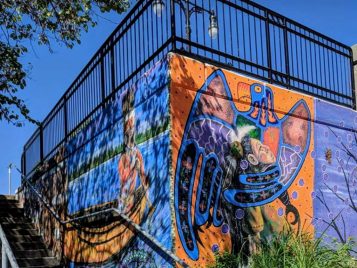 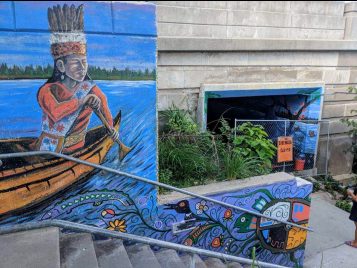 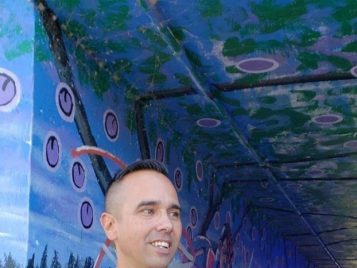 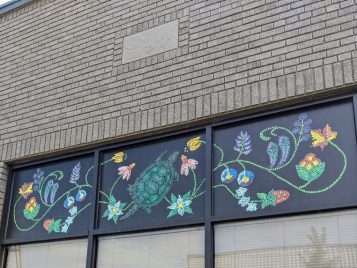 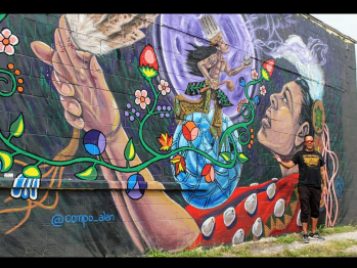 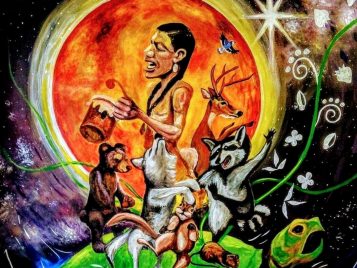 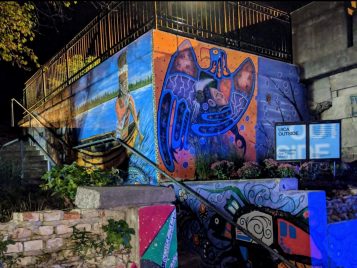 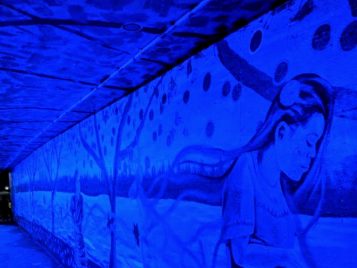