Inside The Peculiar Patriot: A Preview Event 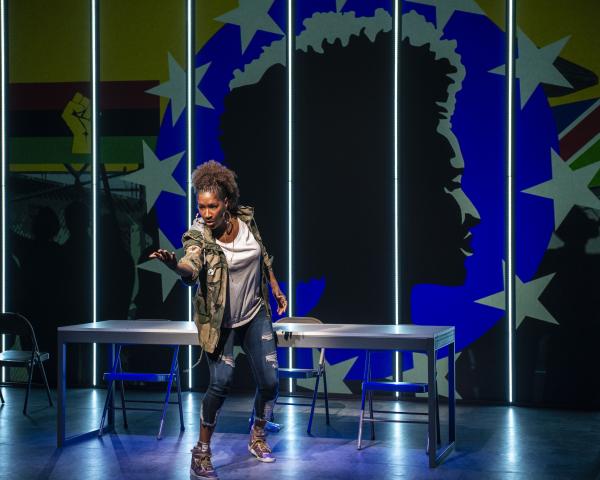 Join us for a film screening of Liza Jessie Peterson's Angola Do You Hear Us? Voices from a Plantation Prison, along with LIVE performances by the PCAP Linkage Community, and an engaging Q&A to follow!

Free and Open to the Public

More about the film:
MTV Documentary Films Presents Angola Do You Hear Us? Voices From a Plantation Prison (formerly known as A Peculiar Silence) tells the story of playwright Liza Jessie Peterson, whose acclaimed play The Peculiar Patriot was shut down mid-performance at the Louisiana State Penitentiary, commonly known as Angola Prison.

Directed and edited by Cinque Northern, produced by Catherine Gund, featuring Liza Jessie Peterson and Norris Henderson (Peterson and Henderson are also Executive Producers), the film examines how one woman's play challenged the country's largest plantation prison and impacted the incarcerated men long after the record of her visit was erased by the institution's administration.

More about the play:
LaQuanda ‘Betsy’ Ross knows a lot about the New York State Penitentiary system. Her regular visits to loved ones in various upstate institutions have made her quite the expert and a self-proclaimed “Peculiar Patriot." In-between neighborhood updates and gossip, Betsy educates herself and the audience on the systemic inequity within America’s prison complex system and its effect on those behind bars, as well as their family and friends.

Written and performed by the incomparable Liza Jessie Peterson, The Peculiar Patriot was inspired by her comprehensive and extensive work in prisons, including on Riker’s Island. Peterson’s tour de force solo piece is an important, funny, and profound investigative look into America’s criminal justice system.