In January 2018, MRADS students Alice Liu and Rachel Westrick were able to attend the United Nations with their research group to hear their research sponsor give a talk to the Permanent Forum on Indigenous Issues.

"Through our MRADS/UROP project, myself and a few other research group members had the opportunity to attend an Expert Group Meeting on Sustainable Development in Territories of Indigenous Peoples as a part of the United Nations Permanent Forum on Indigenous Issues (UNPFII). Attending a conference with perspectives from all over the world definitely increased my awareness for issues that existed outside of the geographic focus of our research project. We were able to hear from a diverse array of people, from permanent members of the forum to activists to professors and more.

Particularly, listening to and directly engaging with indigenous peoples was a perspective that we could not have typically gotten through reading news articles. A member of the Sami people (which is an indigenous group residing in northern Scandinavia) spoke about the ways that central governments were adapting policies to be more inclusive of indigenous peoples. For example, the Norwegian government has specific articles in its constitution explicitly stating that they will create conditions to help the survival of indigenous peoples, as well as facilitate in providing the resources needed for them to do so. In 2005, Norway even began transferring land rights to the Sami, thus allowing them to make their own decisions about how to manage their traditional lands. The member of the Sami people also emphasized that indigenous groups tended to be more heavily affected by climate change because they are more closely tied to nature. Temperatures in the regions where Sami reside have risen twice as fast as elsewhere in the world, making their lifestyle of reindeer herding and fishing much more difficult. Despite being in a completely different region of the world, our research team has noticed the same patterns amongst indigenous peoples of East Africa who have suffered unusually long droughts as a result of global warming, leading to loss of grazing lands for herding groups. Hearing from different indigenous perspectives provided a global context that I believe was valuable to building an even stronger sense of purpose behind our research.

The discussions we followed also helped in prompting further questions for how we move forward on our research project. The committee was conducted so for every session, a few experts would present their papers, followed by a questions and discussion period. Our research mentor was one of the experts and presented a paper which summarized the main points of our research, so our second morning session was centered around the same topics we had been studying for months. Some interesting discussions that ensued were methods of proving that groups did have historical presence and ownership over their lands, implementation and enforcement of court decisions, and the economic contributions of indigenous groups. I was also able to meet a few of my professor’s colleagues. Her colleagues were incredibly knowledgeable and willing to share their thoughts and experiences with us, demonstrating the value of international collaboration in academia.

Overall, I am extremely grateful that UROP could help fund our trip and see firsthand how our work impacts international relationships and policy. Spending a few days in New York in the middle of the action was an invaluable and insightful experience that strengthened my dedication to our research project. " -Alice Liu 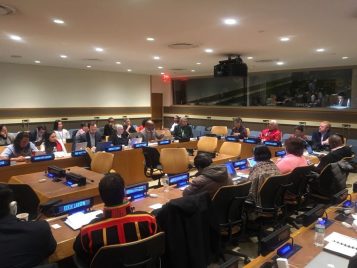 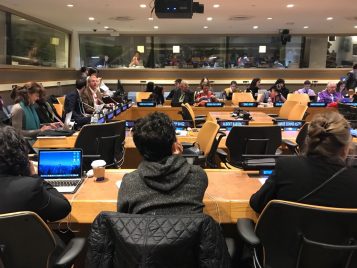 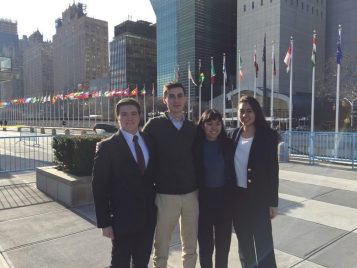