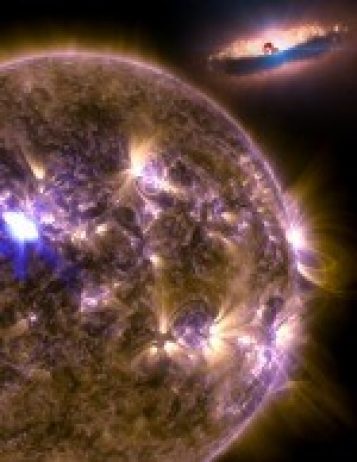 The idea that the Sun is representative of a larger class of solar-type stars dates back to at least 1915, when George Hale suggested there likely exist untold number of stars exhibiting solar-like phenomena. This solar-stellar connection is of interest to solar physicists and astrophysicists alike: on the one hand,we seek to know the early history and future evolution of the Sun, and at the same time, the Sun is a uniquely situated laboratory which Informs our interpretation and understanding of the physics of distant stellar analogs.

The solar-stellar connection is most clearly manifest in energetc phenomena, events that shape early planet forming history and could threaten life as we now know it.

In this workshop, we will review the solar-stellar connection in three areas of ongoing research at UM: