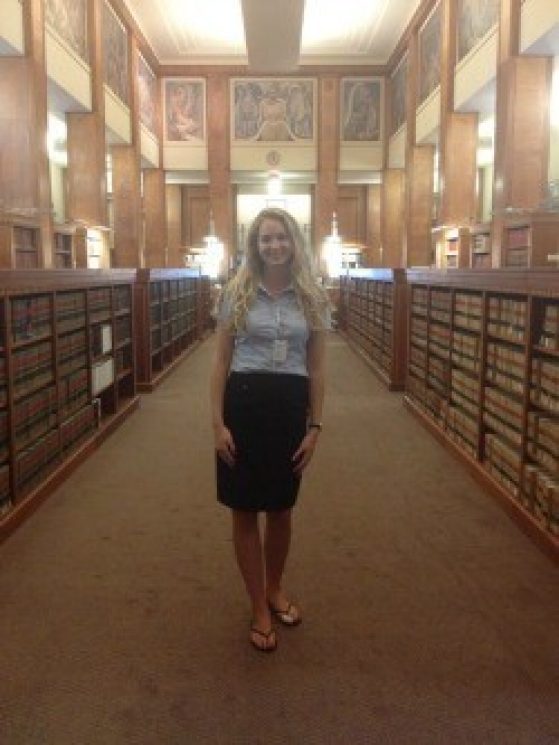 Even before Shannon left the city during her time with Michigan in Washington she knew that she wanted to return the following summer. Shannon’s research project during MIW was on the effectiveness Section 5 of the Voting Rights Act (VRA) and so she was delighted when she secured an internship with the Justice Department in the Voting Section for that summer.

As a Section 5 intern, she worked directly on preclearance for voting-related changes in states and counties covered by the Voting Rights Act. Toward the end of her internship, the Supreme Court decision on Shelby County v. Holder, the case that determined the destiny of a large chunk of the VRA, was released. She saw the direct interplay between the Supreme Court and Executive Agencies in the very office that she worked in.

Shannon enjoyed her return to Washington outside of the office as well. The National Mall was the perfect place to enjoy Fourth of July fireworks and Nationals games were always fun! The Justice Department coordinated intern events including a picture with Attorney General Eric Holder, a tour of the Supreme Court and a Q&A session with then Assistant Attorney General (and now Labor Secretary) Tom Perez. Shannon also had the opportunity to attend Center for American Progress’s annual Make Progress National Summit which was opened by Senator Elizabeth Warren.

Shannon recently returned to campus from Washington to start her Senior year in Political Science at the University. She is an MIW alumna from the Fall 2012 Cohort.