A Conversation with Artemis Leontis and Yopie Prins 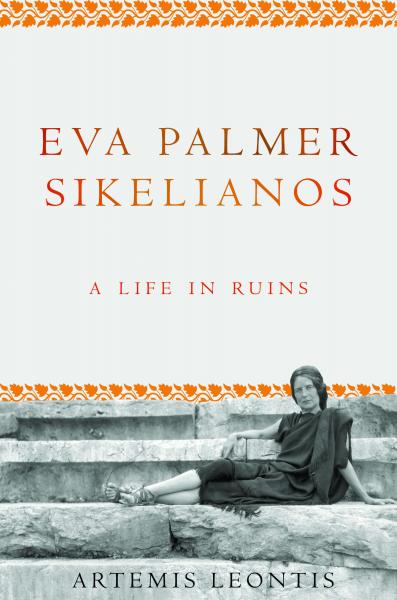 About the book:
This is the first biography to tell the fascinating story of Eva Palmer Sikelianos (1874–1952), an American actor, director, composer, and weaver best known for reviving the Delphic Festivals. Yet, as Artemis Leontis reveals, Palmer’s most spectacular performance was her daily revival of ancient Greek life. For almost half a century, dressed in handmade Greek tunics and sandals, she sought to make modern life freer and more beautiful through a creative engagement with the ancients. Along the way, she crossed paths with other seminal modern artists such as Natalie Clifford Barney, Renée Vivien, Isadora Duncan, Susan Glaspell, George Cram Cook, Richard Strauss, Dimitri Mitropoulos, Nikos Kazantzakis, George Seferis, Henry Miller, Paul Robeson, and Ted Shawn.

Brilliant and gorgeous, with floor-length auburn hair, Palmer was a wealthy New York debutante who studied Greek at Bryn Mawr College before turning her back on conventional society to live a lesbian life in Paris. She later followed Raymond Duncan (brother of Isadora) and his wife to Greece and married the Greek poet Angelos Sikelianos in 1907. With single-minded purpose, Palmer re-created ancient art forms, staging Greek tragedy with her own choreography, costumes, and even music. Having exhausted her inheritance, she returned to the United States in 1933, was blacklisted for criticizing American imperialism during the Cold War, and was barred from returning to Greece until just before her death.

Drawing on hundreds of newly discovered letters and featuring many previously unpublished photographs, this biography vividly re-creates the unforgettable story of a remarkable nonconformist whom one contemporary described as “the only ancient Greek I ever knew.”