The Villa of the Mysteries in Pompeii: Ancient Ritual, Modern Muse 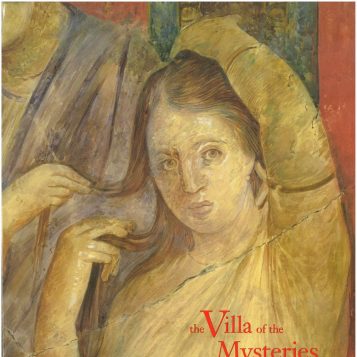 This is a catalogue of an exhibition by the Kelsey Museum that focused on a cycle of frescoes found in 1909 at the well-known villa on the outskirts of ancient Pompeii. Painted around 60 BC, the cycle depicts young women probably being initiated into the cult of Bacchus (Dionysus) in preparation for marriage. The catalogue presents a number of objects connected with the villa, as well as the reconstruction watercolors commissioned by Francis W. Kelsey, founder of the museum, from Maria Barosso, an artist working in Rome at the time of the frescoes' discovery. Even more interesting are the ten essays that precede the artifacts, which focus on women and cult in the art of Roman Italy and have been developed out of a research group led by Gazda. 262p, col. and b/w pls.