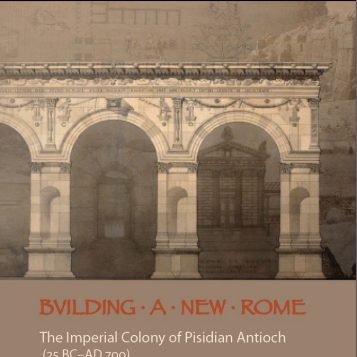 The essays in this volume bring to bear the latest scholarly and technological trends in archaeological research to shed new light on the site of Pisidian Antioch in west-central Turkey. Drawing on 3D virtual reality technology as well as archival material from a 1924 University of Michigan expedition to the site, the authors propose new reconstructions of the city's major excavated monuments. They also evaluate these monuments in relation to the social and political imperatives of Pisidian Antioch's hybrid culture — one that overlaid a Roman imperial colony on a Hellenistic Greek city in an Anatolian region long inhabited by Phrygians and Pisidians. The study of Pisidian Antioch is thus seen in the context of recent scholarship on Rome's colonial project in the eastern empire. An accompanying DVD presents a fly-over of the virtual city created to aid in the authors' research.