Archaeology and the Cities of Asia Minor in Late Antiquity 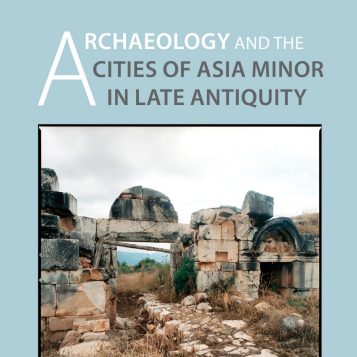 The city was the fundamental social institution of Greek and Roman culture. More than the sack of Rome, the abandonment of provincial towns throughout the Mediterranean world in late antiquity (fourth–seventh centuries AD) marks the beginning of the Middle Ages. This volume examines archaeological evidence for this last phase of urban life in Asia Minor, one of the Roman empire¹s most prosperous regions. Based on the proceedings of a symposium co-sponsored by the University of Michigan and the German Archaeological Institute, it brings together studies by an international group of scholars on topics ranging from the public sculpture of Constantinople to the depopulation of the Anatolian countryside in early Byzantine times.