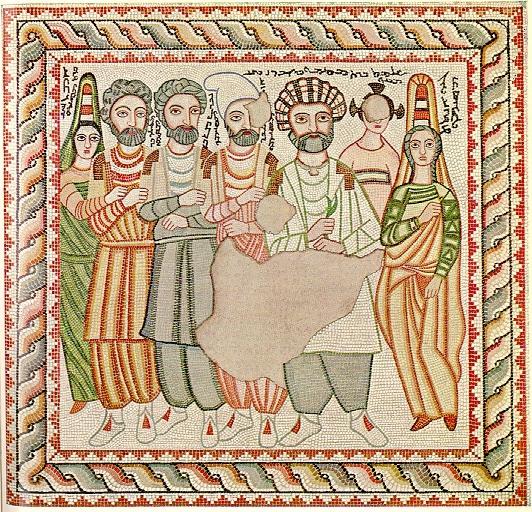 At the edges of ancient empires, unique visual traditions often transcended political boundaries and engaged multiple audiences. The mosaic portrait of Moqimu and his family is one of the most enigmatic images known from Late Antiquity. Discovered near the Roman border town of Edessa, the mosaic’s guilloche border asserts a Roman pedigree. Yet, the long tunics and pantaloons of Moqimu and his sons have been identified as the costume of Rome’s Parthian enemies. Scholars of the mid-twentieth century viewed this mosaic as an example of Parthian art in a Roman artform. Nicola Barham, however, argues that the mosaic is an example of art from a community bordering on diverse cultural worlds, including Roman, Parthian, and ancient Middle Eastern. It reflects how the elite of this community navigated those cultural commitments.