Flash Talk | The Bouleuterion at Notion 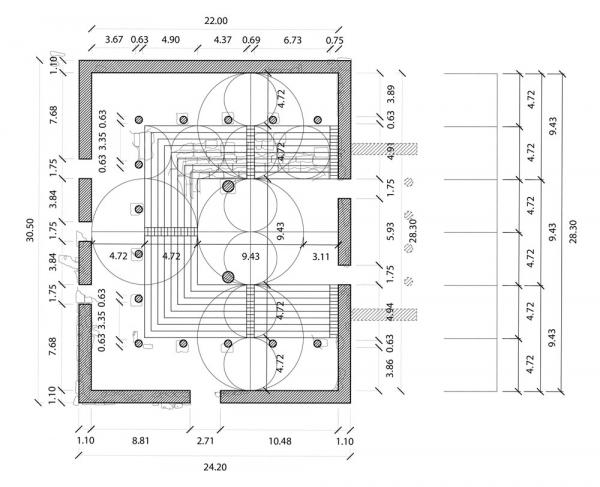 This recorded lecture is available to view on YouTube: https://youtu.be/jVraZNW1edQ

The Bouleuterion (Council House) at Notion is one of a number of similar structures in western Asia Minor (modern Turkey) of comparable plan, size, and location. Their identification as Bouleuteria is based largely on the latter two characteristics; they enclose large auditoria, capable of holding significant numbers of people, and they are situated on or near public squares. The history of this building type is conventionally traced back to the Old and New Bouleuteria of Athens, dated to the late 6th and late 5th centuries respectively, but all the comparable buildings in Asia Minor are considerably later; the earliest securely dated example is the Bouleuterion at Miletus, constructed according to the dedicatory inscription to Antiochus IV between 175 and 164 BC. Thus while the Athenian Bouleuteria may indeed have served as precedents, and the New Bouleuterion at Athens was in fact also renovated in the 2nd c. BC, the building type exemplified by the Bouleuterion at Notion was essentially a Hellenistic creation.

The Bouleuterion at Notion was partially excavated by Mustafa Büyükkolancı in 1994, and has recently been cleaned and documented by a U-M archaeological team. Rectangular both in external outline and in its internal seating arrangement, it is larger in plan (24.2 x 30.5 m) than any other comparable building—considerably larger than the Bouleuteria of Priene and Heracleia, for example, and larger also than both the Old and the New Bouleuteria at Athens. It can be reconstructed in detail both in plan and in section, thanks to its remarkably transparent design; the whole building is based on a unit of 16 Attic/Ionic feet. In its design, construction, and urban setting, the Bouleuterion at Notion adds new detail not only to the history of the local community, but also to the development of the preeminent civic building type of Hellenistic architecture.