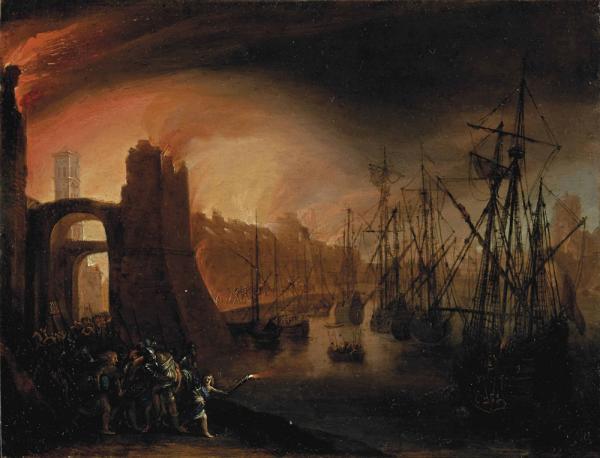 Throughout the Eastern Mediterranean, the end of the Late Bronze Age (ca. 1200 BC) is a time often defined by violence, upheavals, the loss of complexity, the collapse of empires and palatial structures, the disappearance of writing, and the movement of displaced populations. Great destruction events ravaged the Eastern Mediterranean at this time, including the destruction of the palaces at Mycenae, Midea, Tiryns, and Pylos, the desolation of Enkomi on Cyprus, the burning of Ras Shamra in Syria, and the sacking of Hattusa in Anatolia.

The question that must be asked is, how many of these sites were actually destroyed? And for those that were, was the destruction caused by man in the form of revolutions, intersite conflict, and foreign invaders? Or by nature in the form of devastating earthquakes? The goal of this talk is to demonstrate just how much was destroyed at the end of the Late Bronze Age in the Eastern Mediterranean and what this indicates for the multiple theories that utilize destruction as a prime mover in the collapse of Bronze Age civilizations.

FAST lectures are free and open to the public. If you are a person with a disability who requires an accommodation to attend this tour, please call the Kelsey at 734-647-4167 at least two weeks in advance. We ask for advance notice as some accommodations may require more time for the university to arrange.
Kelsey Museum of Archaeology
434 South State Street
Ann Arbor, MI 48109-1390
kelseymuse@umich.edu
734.764.9304
734.763.8976
Sitemap
Facebook Twitter Instagram WordPress