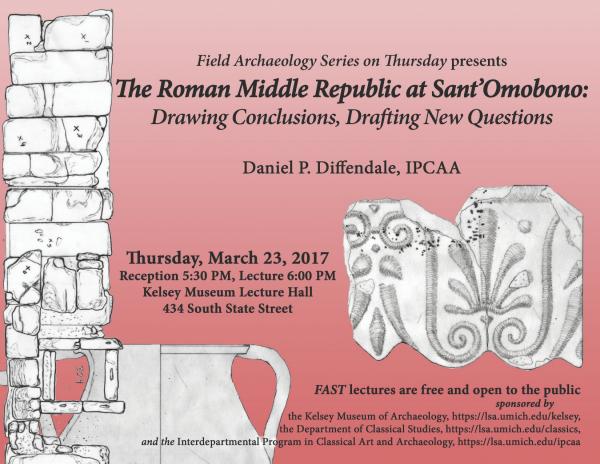 Since their inadvertent discovery in 1937, the twin temples of the Roman goddesses Fortuna and Mater Matuta have been the subject of intermittent archaeological investigation. Scholarly attention has been focused on the Archaic phases and, more recently, on the medieval church, largely to the exclusion of what lies between. After six and a half years of work with the Sant’Omobono Project, I am beginning to understand some aspects of this “intermediary” material, despite the challenges of working on a site at which most of the preserved architecture is Republican in date, yet, paradoxically, the majority of the excavated contexts pre- or postdate that period. I will sketch the architectural and cultic development of the temples during the Roman Middle Republic (ca. 4th–3rd c. BCE), underline currently known unknowns, and map out possible next steps.