Leisure and Luxury in the Age of Nero: The Villas of Oplontis near Pompeii - February 19-May 15, 2016 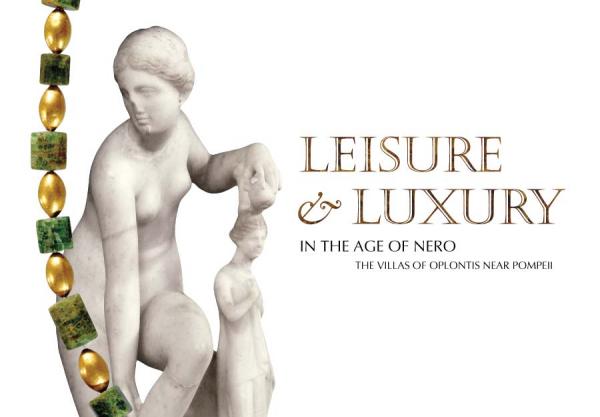 Organized in cooperation with the Archaeological Superintendency of Pompeii and the Oplontis Project at the University of Texas, this international traveling exhibition explores the lavish lifestyle and economic interests of some of ancient Rome’s wealthiest and most powerful citizens, who vacationed along the Bay of Naples. Julius Caesar, Cicero, Augustus, and Nero all owned villas in this region. With more than 200 objects on loan from Italy, the exhibition focuses on two structures at Oplontis that were buried when Mount Vesuvius erupted in AD 79. One is an enormous luxury villa that may once have belonged to the family of Nero’s second wife Poppaea. The other is a nearby commercial-residential complex—a center for the trade in wine and other produce of villa lands. Together these two establishments speak eloquently of the ways in which the Roman elite built, maintained, and displayed their vast wealth, political power, and social prestige. In presenting a selection of impressive works of art along with ordinary utilitarian objects, the exhibition also calls attention to Roman disparities of wealth, social class, and consumption. Such disparities were as problematic for Roman society as they are for ours today.

This exhibition in Ann Arbor will remain open to the public until May 15, 2016. It will also be shown at the Museum of the Rockies at the Montana State University, Bozeman (June 17-December 31, 2016) and the Smith College Museum of Art in Northampton, Massachusetts (February 3-August 13, 2017).