Pearls of Wisdom: The Arts of Islam at the University of Michigan 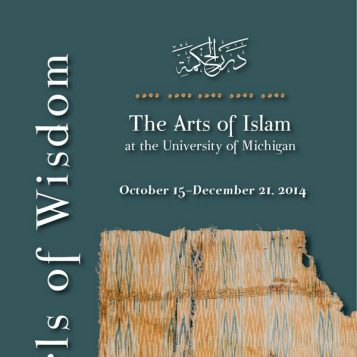 The objects included in this exhibition served a wide variety of functions and span several centuries in time. Rather than arranged chronologically, geographically, or by media, the objects in the exhibition were organized by themes inspired by the medieval calligrapher Abu Hayyan al-Tawhidi, who equated the calligrapher's art of beautiful writing to a jeweler string pearls. These themes included the intersections between function and decoration, the aesthetic power of everyday objects, visual play, wit, and magic, connections across art forms, and light symbolism and illumination. Therefore, the exhibition not only highlighted the strengths of the collections at the University of Michigan but also explored various themes integral to the conception and production of art in the Islamic world from the medieval period until the present day.