Karanis Revealed: The Past and Present of a Michigan Excavation in Egypt 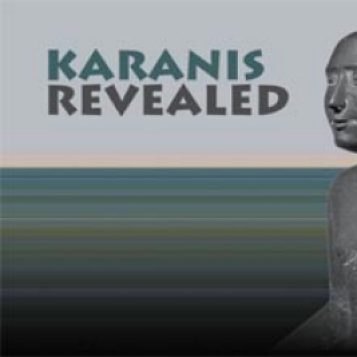 This exhibition illuminated the historical records of a single village community in the Egyptian countryside during the Graeco-Roman period. It also explored the story of the site’s excavation, initiated by the University of Michigan in the 1920s and 1930s, as well as subsequent and upcoming research on the recovered material and its context. "Karanis Revealed" was presented in two phases. Part I (September 16 to December 8, 2011) looked at aspects of village life during the early centuries of the community under the Ptolemaic dynasty. These include the site’s agricultural cultivation, the role of pagan religions and evidence of more esoteric magical practices. Part II (January 27 to May 6, 2012) followed the changes that took place in Karanis with the beginning of the Roman occupation of Egypt and then later with the advent of Christianity. The displays included collections of Roman glass, tax rolls on papyrus, and the leather breastplate of a Roman soldier.

See below motion picture footage from the original excavations.

Ahead of its time, the University of Michigan expedition to Karanis used the relatively new medium of motion pictures to document its work. Nearly four hours of silent film footage show the archaeologists and Egyptian workers on site, as well as the details of the landscape and architectural remains.

Currently only a small portion of this footage is available in digital form (digitized from a 1983 video transfer of the original film). Below are links to brief selections, with original titles, of what we hope will become a complete archive of the Karanis film footage.

Egyptian workers cleaning debris, which was removed from the site in railway cars.

Sources of water (local water wheels, irrigation ditches, and canals) as well as water buffaloes that live near the water.