The Art and Science of Healing: From Antiquity to the Renaissance 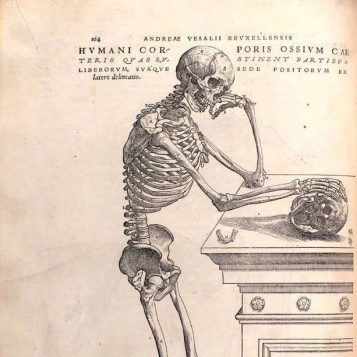 This exhibition, hosted by the Kelsey Museum of Archaeology and the University of Michigan Library, explores the early history of Western medicine as illustrated by a broad selection of archaeological artifacts, papyri, medieval manuscripts, and early printed books. Among the earliest objects on display is a second century AD papyrus with a text from the Greek botanist Dioscorides’ On Materia Medica. The latest exhibit is the first edition of William Harvey’s Anatomical Treatise on the Movement of the Heart and Blood in Animals (1628). The display explores various themes such as the role of religion and magic in healing the soul and body, the influence of Graeco-Roman methods of diagnosis and treatment in the Middle Ages and the Renaissance, and the multilingual transmission of medical knowledge in both manuscript and printed form. From Hippocrates to Harvey, we invite you to embark on an exciting journey where advances in “rational” medicine are often intermingled with religious belief and superstition.

The exhibition was accompanied by a symposium that explored the textuality and materiality of medicine before the modern period. The symposium was held on March 9-10, 2017 at the University of Michigan.