“I Know Who Caused COVID-19": Pandemics and Xenophobia 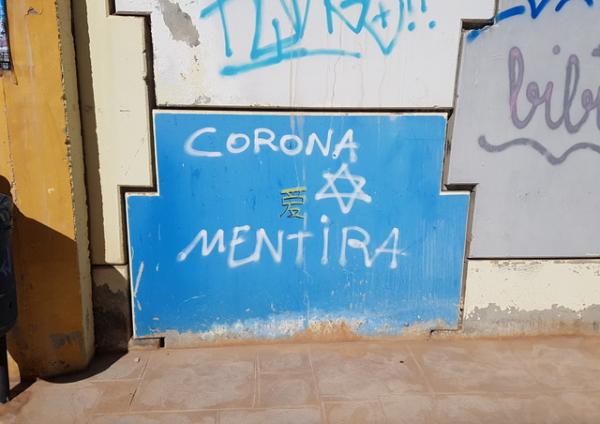 One of the most evident manifestation of the present pandemic has been the blaming of traditional (and non-traditional) out-groups for causing or spreading the virus. The Chinese, Muslims, Ultra-Orthodox Jews, American White Nationalists among other groups have been blamed. Central to our recently published book “I Know Who Caused COVID-19": Pandemics and Xenophobia (Reaktion Press / University of Chicago Press) is the question of what happens when such groups are blamed and simultaneously at fault? Dr. Gilman and Dr. Zhou examined a series of case studies but closed our book on January 20, 2021. The story continues past that date to the present and they will address both the first year as well as the present Delta surge in the light of our model of xenophobia and pandemics in this symposium with the Frankel Center for Judaic Studies and the Jewish Muslim Research Network.

Dr ZHOU, Xun is the reader in History at the University of Essex. Her research interests range from medicine, health intervention and delivery in modern China to nutrition, food and narcotics, and more broadly the political history of the People’s Republic of China (PRC) as well as questions of race and ethnicity. She also have a track record in trans-cultural/global studies and have built up a profile in the history of global health. She is the author of The People’s Health: Health Intervention and Delivery in Mao’s China, 1949-1983 (McGill-Queen University Press, 2020), the first systematic study on health care and medicine in Mao’s China. From the onset of the Covid-19 crisis, she has been regularly interviewed by major media outlets from the BBC to the Financial Times, the Guardian, the New York Times, and Aljazeera, to name a few, to comment on the outbreak in Wuhan and the Chinese health system as well as to speak on historical correlates of the global pandemic.

Sander L. Gilman is a distinguished professor emeritus of the Liberal Arts and Sciences as well as emeritus Professor of Psychiatry at Emory University. A cultural and literary historian, he is the author or editor of over one hundred books. His “I Know Who Caused COVID-19”: Pandemics and Xenophobia (with Zhou Xun) appeared with Reaktion Press (London) in 2021; his most recent edited volume is The Oxford Handbook of Music and the Body (with Youn Kim) published in 2019 with Oxford University Press. He is the author of the basic study of the visual stereotyping of the mentally ill, Seeing the Insane, published by John Wiley and Sons in 1982 (reprinted: 1996 and 2014) as well as the standard study of Jewish Self-Hatred, the title of his Johns Hopkins University Press monograph of 1986, which is still in print. For twenty-five years he was a member of the humanities and medical faculties at Cornell University where he held the Goldwin Smith Professorship of Humane Studies. For six years he held the Henry R. Luce Distinguished Service Professorship of the Liberal Arts in Human Biology at the University of Chicago. For four years he was a distinguished professor of the Liberal Arts and Medicine at the University of Illinois at Chicago where he created the ‘Humanities Laboratory.’ During 1990-1991 he served as the Visiting Historical Scholar at the National Library of Medicine, Bethesda, MD; 1996-1997 as a fellow of the Center for Advanced Study in the Behavioral Sciences, Stanford, CA; 2000-2001 as a Berlin prize fellow at the American Academy in Berlin; 2004-5 as the Weidenfeld Visiting Professor of European Comparative Literature at Oxford University; 2007 to 2012 as Professor at the Institute in the Humanities, Birkbeck College; 2010 to 2013 as a Visiting Research Professor at The University of Hong Kong; and recently as the Alliance Professor of History at the Ludwig Maximilian University, Munich (2017-18). He has been a visiting professor at numerous universities in North America, South Africa, The United Kingdom, Germany, Israel, China, and New Zealand. He was president of the Modern Language Association in 1995. He has been awarded a Doctor of Laws (honoris causa) at the University of Toronto in 1997, elected an honorary professor of the Free University in Berlin (2000), an honorary member of the American Psychoanalytic Association (2007), and made a Fellow of the American Academy of Arts and Sciences (2016).
Frankel Center for Judaic Studies
2111 South Thayer Building
202 S. Thayer St.
Ann Arbor, MI 48104-1608
JudaicStudies@umich.edu
734.763.9047
734.936.2186
Sitemap
Facebook Twitter Youtube