Mourners are the Soundtrack of Life: Mourning, Time, and Aesthetic Geographies of the South in a Mizrahi Singer’s Antibiography 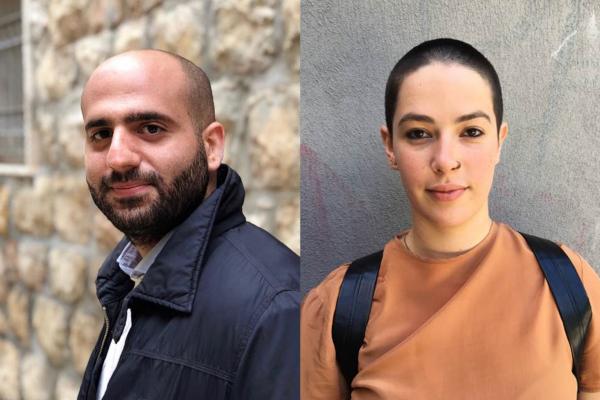 In this seminar, Re’ee Hagay will describe the mourning interwoven into the process of writing Ahuva ʿOzeri’s biography. The non-linear temporality of the mourning produced by the child mourner from Tel Aviv’s Yemenite Quarter is juxtaposed with national representations of Yemeni Jews, constructed as an origin of Jewish homogeneity rooted in the past. Re’ee focuses on ʿOzeri’s cinematic performance against the background of south Tel Aviv, revealing a twofold memory of loss, both Mizrahi and Palestinian. ʿOzeri emerges as a singer who drew on multiple resources of mourning positioned across putative national and regional borders of urban and global Southern geographies. ʿOzeri is narrated not only as a child mourner but also as the last mourner, in the face of progressive national time. Re’ee concludes by asking what is lost with the last mourner’s departure from the world, when one loses the ability to recognize one’s own loss through its reflection in the other’s ruins. Re’ee will be joined by respondent Tamar Sella.

Re’ee Hagay is a cultural theorist and ethnographer of Mizrahi aesthetics and a PhD student in Near Eastern Studies at Cornell University. His work focuses on time, mourning, and globalization in Mizrahi popular culture. Work in progress includes “From Silence to Silence: (In)Audible Limits of a Transnational Dialogue” about the relationship between Edward Said, Daniel Barenboim, and Richard Wagner; and, with Jonathan Boyarin, a bibliographical essay on the Jewish diaspora.

Tamar Sella received her PhD in Ethnomusicology in May 2020 from Harvard University, where she is also currently a Visiting Fellow in Music. Her work cuts across sound and performance studies, feminist and queer theory, and Jewish history. Her dissertation, “Resonant Ancestors: Arab Jewish Memory on the Israeli Stage,” which she is currently revising into a book for publication, explores the negotiations of ancestral memories in contemporary performance by Mizrahi Jews in Israel/Palestine toward reimagining decolonial and diasporic futures. Tamar’s own ancestors are Jews from Poland, Ukraine, and Yemen, and she grew up moving between Israel and the U.S. As an organizer, writer, and sometimes performer, Tamar also has a secondary area in American music, where she examines aesthetics in jazz and improvised music in relation to gender and race formations.