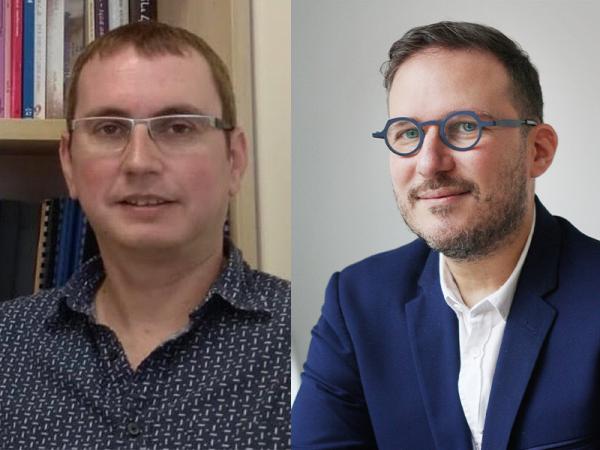 The aim of this presentation is to illustrate and analyze the reactions of some mainstream Israeli politicians to a celebrity marriage between Tzahi Halevi, a Jewish Israeli actor, and Lucy Aharish, a Palestinian Israeli TV personality. Drawing upon the notion of stance, we unveil the affective trouble generated by this heterosexual union vis-à-vis the Israeli national project. More specifically, we tease out the kaleidoscopic collage of politicians’ affective (dis)attachments in relation to Halevi, Aharish and a variety of socioculturally relevant categories such as the Israeli nation. This affective patchwork, we argue, is itself the product of a tension that is at the very heart of the Israeli nation-state, that between the policing of Jewishness as the defining principle of the Israeli national imagined community, on the one hand, and the upholding of the democratic imperative to equal treatment and recognition, on the other.

Roey J. Gafter is a senior lecturer in the department of Hebrew Language at Ben-Gurion University of the Negev. He is a sociolinguist whose work focuses on the use of linguistic resources in the construction of ethnic identities. His research explores sociophonetic variation in Hebrew, the Israeli construction of ethnic identity from a discourse analytic perspective, and contact between Hebrew and Arabic. He has published, inter alia, in the Journal of Sociolinguistics, Social Semiotics, and Linguistic Inquiry.

Tommaso M. Milani is a critical discourse analyst who is interested in the ways in which power imbalances are (re)produced and/or contested through semiotic means. His main research foci are: language ideologies, language policy and planning, linguistic landscape, as well as language, gender and sexuality. He has published extensively on these topics in international journals and edited volumes. Among his publications are the edited collection Language and Masculinities: Performances, Intersections and Dislocations (Routledge, 2016) and the special issue of the journal Linguistic Landscape on Gender, Sexuality and Linguistic Landscapes (2018). He is co-editor of the journal Language in Society.