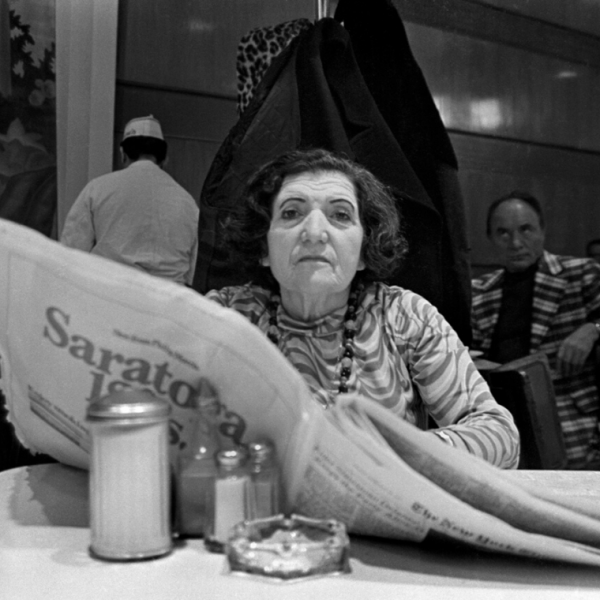 Remarks at 4:30pm by the artist and by Jennifer Friess, UMMA Assistant Curator of Photography.

The streets of New York City were filled with hundreds of cafeterias, self-service eating establishments, during the early to mid-20th Century. Their growth paralleled the rise of the office worker, women’s evolving roles in the work force, immigration, American love of efficiency and novelty, the growth of cities, the impact of Prohibition and the Depression, the labor movement, and American eating habits. Not one cafeteria from that era remains in New York City today. One particular restaurant, Dubrow’s Cafeteria in Brooklyn, was a legendary institution that served as a second home for many of the neighborhood’s elderly residents. Along with another Dubrow’s, a hub of the Garment Center, they provided a restaurant-cum-social club or “third place” for a generation of Jewish New Yorkers. New York City-based photographer Marcia Bricker Halperin documented Dubrow’s and other cafeterias in their waning days, drawn to the memorable faces and the liveliness and sorrow of urban life in that vanished world.