Imperial Allusion for the Masses: Awash in Innuendo at the Baths of Caracalla 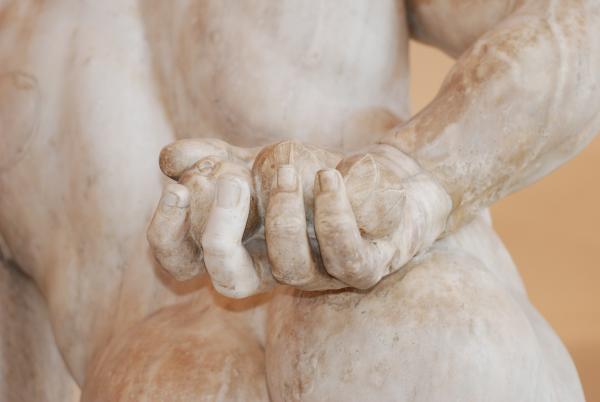 Throughout the Roman Empire, bathing was a highlight of the day and a major social event. In fact, baths were so valued that their patronage became a powerful public relations tool and greatly enhanced one's popular and political clout. It is hardly surprising, then, that as a spectacular gift to the people, the emperors commissioned eight magnificent baths in the city of Rome between 25 BCE - 337 CE. This lecture brings the lived and visual experience of Roman baths into dialogue with the original appearance of these monuments, while also addressing the underlying ambitions of imperial patrons.

This lecture analyzes the extensive decoration of the best preserved of these complexes, the Baths of Caracalla (inaugurated 216 C.E.). This decoration was a carefully strategized ensemble, meant to impart a particular message to a diverse Roman audience. I examine the subtext of this sumptuous display, addressing the visual experience of the baths and elucidating the decoration's critical role in articulating innuendo and advancing imperial agendas. The case studies addressed herein, ranging from architectural to freestanding sculpture and mosaic, demonstrate that endowing monumental baths was a concern of dynastic legitimacy and imperial largess, and that decorative programs articulated these themes by consistently drawing analogies between the subjects of the decoration and the emperor who had paid for it. Decorative choices were by no means incidental, but rather purposeful decisions by Caracalla and his architect to honor the emperor and to consolidate his power and reputation.

If you are a person with a disability who requires an accommodation to attend this lecture, please contact the Kelsey Museum Education Office (734-647-4167) as soon as possible. We ask for advance notice as some accommodations may require more time for the University to arrange.
Interdepartmental Program in Classical Art & Archaeology
Kelsey Museum of Archaeology
434 S. State St.
Ann Arbor, MI 48109-1390
ipcaa.office@umich.edu
734.764.6323
734.763.8976
Sitemap