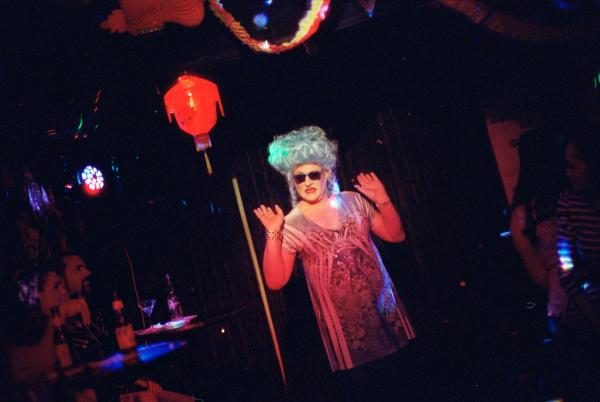 
This program presents a rare coming together of five legendary Drag Queens from two notoriously fabulous nightclubs in the gritty epicenters of Detroit and San Francisco’s Tenderloin district. This series event brings the San Francisco Aunt Charlie’s Queens together with Detroit’s own reigning Queens from Gigi’s Cabaret, home of the longest running drag pageant in the United States. Appearing from Detroit are Maxi Chanel (House of Chanel), Nickki Stevens, and Lady T Tempest, and hailing from San Francisco are Olivia Hart and Donna Personna. The five artists come together to discuss the history of their legacies and artform, the role of lineage and queer community building, and how drag has changed the world through activism, glamour and celebratory inclusion.
The evening will be hosted by Ben Johnson, currently the Arts and Culture Manager for the City of Beverly Hills in Los Angeles. Previously he was the Director of Performing Arts of the City of Los Angeles and Director of Education and Audience Development at the University Musical Society at the University of Michigan (1996-2008). While in Michigan, he was steeped in Detroit’s history and lore, and it is through this lens which he centers drag heritage and history as an important and unique cultural contribution to the vitality of Michigan performing arts history, aligning it with the equally important and vital history of Aunt Charlies, the last remaining stronghold of queer and trans-centered cultural space in San Francisco’s Tenderloin district.
Postponed due to Covid and inspired by the Institute for Humanities exhibition of photographer and filmmaker James Hosking’s multimedia project Beautiful by Night, an examination of class, labor, and identity among aging drag performers, featuring the two San Francisco Queens presented here. The film follows the San Francisco Drag Artists over the course of one night at Aunt Charlie’s, the last gay bar in the famed San Francisco Tenderloin district, an area in the process of being completely re-defined by gentrification and the dot-com takeover. James Hosking supports his subjects by sharing their stories and hopes to work towards ironclad non-discrimination laws protecting employment and housing, and the more truthful representation of this community in both news and entertainment.