The Humanities at Work 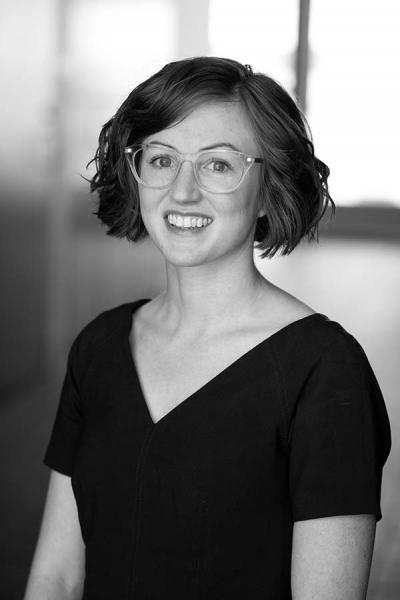 The Humanities at Work is a new series from the Institute for the Humanities that features the variety of careers pursued by Humanities PhDs. Organized as a series of conversations, these one-hour sessions will include a 30-minute informational interview in which the invited guest traces their trajectory, describes the extent to which graduate education prepared them for their current work, identifies things they wish they'd known or explored as a graduate student, and explains the qualifications their organization would seek in an applicant. We'll also ask our guests to describe how the humanities matter in the work they do. The second half of the hour will be devoted to questions from the audience.

About Cassie Miller:
Cassie Miller is a Senior Research Analyst at the Southern Poverty Law Center’s Intelligence Project, where she arrived in 2016 as a Mellon Foundation/American Council for Learned Societies Public Fellow. She is an expert on the white power movement and political violence. Her work is published on the SPLC’s Hatewatch publication and she regularly speaks on far-right extremism to academic audiences, community groups, religious organizations, and government officials. Miller is frequently cited as an expert in the media and has appeared on numerous television and radio programs, both in the United States and abroad. She holds a PhD in History from Carnegie Mellon University.
Institute for the Humanities
Suite 1111
202 S. Thayer Street
Ann Arbor, MI 48104-1608
humin@umich.edu
Gallery hours: M-F 9am-5pm
734.936.3518
734.763.5507
Sitemap
Facebook Twitter Youtube Instagram