How to Look at the Art of David Opdyke 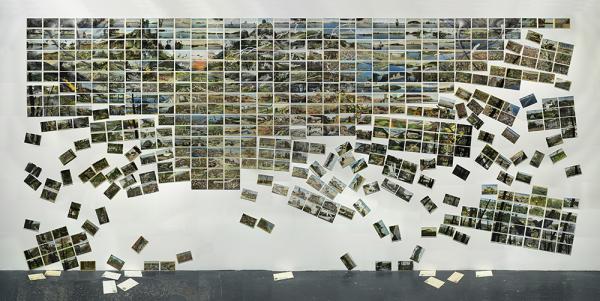 Geared toward undergraduate students and focusing on the current exhibitions at the Institute for the Humanities, this contemporary series of discussions offers a fresh take on the basics of looking and evaluating art in the gallery and how it’s organized, making the connection from the traditional “white cube gallery” to iGen visual worlds like Facebook and Instagram. Lunch will be served. Today: How to look at the art of David Opdyke with Institute for the Humanities curator Amanda Krugliak. Register here: http://myumi.ch/J9DqN

About David Opdyke:
David Opdyke is a draughtsman, sculptor, and animator known for his trenchant political send-ups of American culture. Born in Schenectady, NY in 1969, he graduated from the University of Cincinnati with a degree in painting and sculpture. His work is informed by the massive industrial and corporate restructuring he witnessed growing up, namely the abandonment of the city center by manufacturing giants General Electric and ALCO. As GE shifted resources to neighboring Niskayuna, the disparities became hard for Opdyke to ignore. Massive, decaying factories, an empty interstate loop, and unemployment were downtown; new streets, expensive homes, sushi and shopping malls were in the suburbs.