Homegoing: A Conversation with Yaa Gyasi 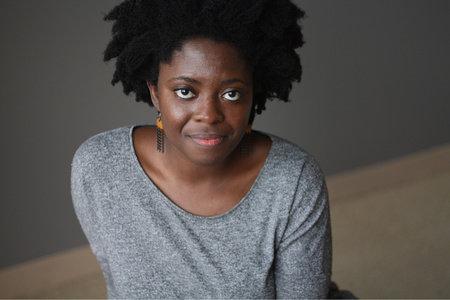 ASL interpretation will be provided. FREE AND OPEN TO THE PUBLIC. NO TICKETS NEEDED.

Yaa Gyasi will be the featured speaker for the 2018 Jill S. Harris Memorial Lecture. The event will be structured as a conversation between Gyasi and U-M Professors Gaurav Desai and Aida Levy-Hussen.

Yaa Gyasi was born in Ghana in 1989, raised in Huntsville, Alabama, and is a graduate of the Iowa Writer’s Workshop. Homegoing follows the parallel paths of two half-sisters and their descendants through eight generations: from the Gold Coast to the plantations of Mississippi, from the American Civil War to Jazz Age Harlem.

“We are delighted to welcome Yaa Gyasi to Ann Arbor for the 2018 Jill S. Harris Lecture,” said Peggy McCracken, director of the Institute for the Humanities. “Homegoing has found many readers in Ann Arbor and beyond; it's an engrossing novel that demonstrates the power of fiction to explore the ways in which the past shapes our present.”

The Jill S. Harris Memorial Endowment was established in 1985 in memory of Jill Harris, a resident of Chicago and undergraduate student at U-M who passed away due to injuries from an auto accident. Established by Roger and Meredith Harris, Jill’s parents, her grandparents Allan and Norma Harris, and friends, the fund brings a distinguished visitor to campus each year who will appeal to undergraduate students interested in the humanities and the arts.
Institute for the Humanities
Suite 1111
202 S. Thayer Street
Ann Arbor, MI 48104-1608
humin@umich.edu
Gallery hours: M-F 9am-5pm
734.936.3518
734.763.5507
Sitemap
Facebook Twitter Youtube Instagram