Author's Forum Presents "The Tragedy of Fatherhood: King Laius and the Politics of Paternity in the West"

A Conversation with Silke-Maria Weineck and Jonathan Freedman 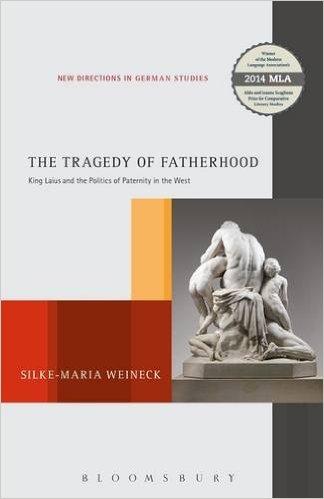 Silke-Maria Weineck reads from her new book, which won the MLA's Aldo and Jeanne Scaglione Prize for Comparative Literary Studies, followed by a discussion with Jonathan Freedman and audience Q & A.

Theories of power have always been intertwined with theories of fatherhood: paternity is the oldest and most persistent metaphor of benign, legitimate rule. The paternal trope gains its strength from its integration of law, body, and affect-in the affirmative model of fatherhood, the biological father, the legal father, and the father who protects and nurtures his children are one and the same, and in a complex system of mutual interdependence, the father of the family is symbolically linked to the paternal gods of monotheism and the paternal ruler of the monarchic state.

Jonathan Freedman is professor of English, American and Jewish Studies at the University of Michigan. He has written on late-19th- and early 20th-century literature, film, and Jewish-American cultural formations.

The Author's Forum is a collaboration between the U-M Institute for the Humanities, University Library, & Ann Arbor Book Festival.

Additional support for this event provided by the departments of German, English, and American Culture.