Mining symbols of power and oppression from the historical strata of western art, Sawyer exposes truths, while covering others to gain a clearer picture of concepts that have shaped our current society. Within the context of his figurative drawings and paintings Sawyer presents an alternative to the historical record that often accompanies well known images throughout art history.

Inspired by current trends to redact post Civil War Confederate monuments from the American landscape, Sawyer poses the question: Why are some symbols of oppression lauded, considered sacred and become canonized while others cause the public to demand their destruction? Is there a logical thread in the tapestry of oppression? Can this thread be observed and considered? Lastly, can this thread then be unraveled?

Additionally, this exhibition features a series of drawings titled Grâce Nóir, which features Black women whose works have contributed to shaping the landscape of visual culture.

As part of his residency, Sawyer also worked with U-M students to create a mural to honor Samuel C. Watson, the first African American student admitted to the University of Michigan. The mural is on view on the first floor of MLB. Read the curator's statement.

Tylonn J. Sawyer (b. 1976) is an American figurative artist, educator, and curator living and working in Detroit, Michigan. His work centers around themes of identity, both individual and collective, politics, race, history and pop culture. In 2013, Sawyer expanded his studio practice to include large public murals and collaborative projects throughout Detroit. Sawyer is a professor of art at Oakland Community College and teaches drawing at the College for Creative Studies in Detroit. His passion for arts education lead to his community work with youth including various community arts programs throughout New York, where he served as an art director, teacher, curriculum specialist, and more. Most recently, in early 2014, Sawyer started the first teen arts council in Michigan for the Museum of Contemporary Art Detroit. He earned an MFA in painting from the New York Academy of Art: Graduate School of Figurative Art and a BFA in drawing & painting from Eastern Michigan University. In 2019, he was awarded the Alain Locke Recognition Award as well as a Kresge Fellowship for Visual Art.

Tylonn J. Sawyer is an American figurative artist, educator, and curator living and working in Detroit. He is an activist, rooted in his community and invested in Detroit’s young people.

His work explores identity, contemplative but deliberate, making his mark, “Ty was Here.” He questions what constitutes identity and then re-constitutes it, a different order, parsing apart politics, race, history, and pop culture in the ongoing conundrum.

The self-made protagonists in his deft drawings, paintings, and murals shape-shift across continents, time, generations, using masks of his ancestors and mentors like Malcolm X and Barack Obama (DNA, 2019) in overlay, mapping his own journey towards self-determination with their guidance. Often shown in multiple, Sawyer’s suited figures splice, as if a metaphor for double and triple consciousness.

For WHITE HISTORY MONTH VOL.1, Sawyer takes on the visual vernacular often associated with power and oppression in Western art. The larger-than-life statuary figures in his jumbo size drawings (Strata Drawings I and II, 2019) accentuate the puffed up Euro-centric masculinity pervasive in classical sculpture and later post-Civil War Confederate monuments, bringing both into question.

In a triumphant turn, his series of drawings entitled “Grace Noir” honors Black women artists like Kara Walker, Faith Ringgold, Carrie Mae Weams, and Detroit artist Tiff Massey, memorializing them instead for their invaluable contributions to shaping the landscape of visual culture.

New “anthem” paintings like Three Graces: Aretha, 2019 change our historical visual landscape like powerful dynamite, blasting the male gaze from the mountain side once and for all with a trio of “Queen Arethas.”

Like other prominent artists of his generation, rather than waiting for racist inspired monuments to come down, Sawyer creates his own memorials with new narratives, upending racist ideology in the process.

Sawyer consistently returns to his own authentic story, one that is always searching for truth amidst half-truths, well aware that the only way to right history is to rewrite it, a mending of threads broken and left unbroken among us, a making of amends.

As part of his residency, Sawyer also worked with undergraduate students to create a mural (on the first floor of the Modern Languages Building) honoring Samuel C. Watson, the first African American student admitted to the University of Michigan. Consistent with his other work, the mural explores identity, and changes our own visual landscape at the University.

All events are free and open to the public and held at the Institute for the Humanities, 202 S. Thayer. 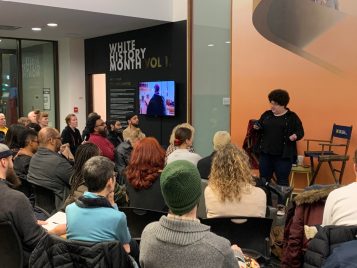 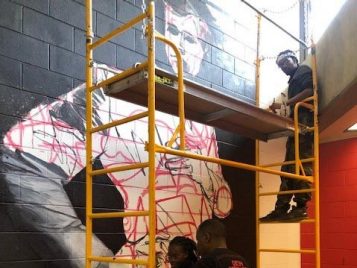 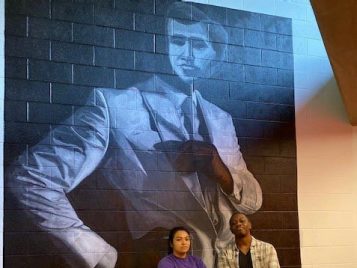 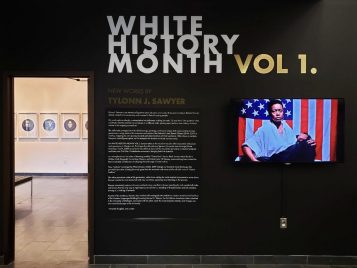 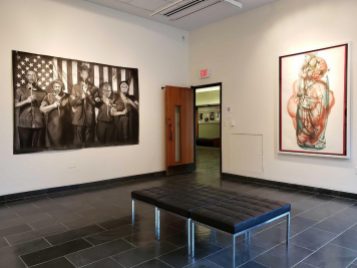 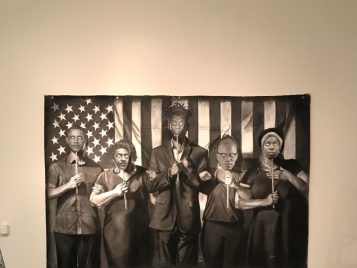 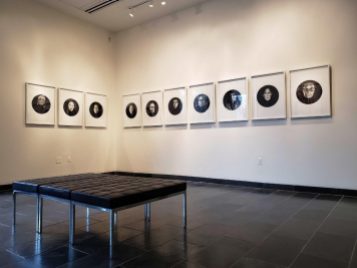 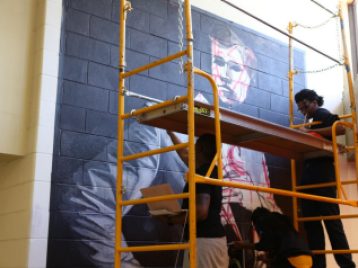 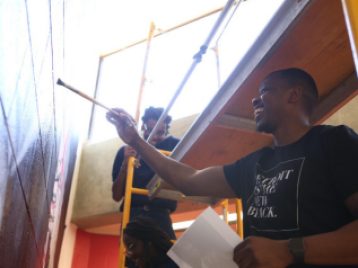 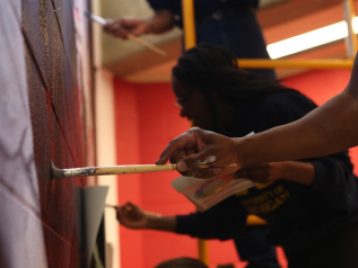 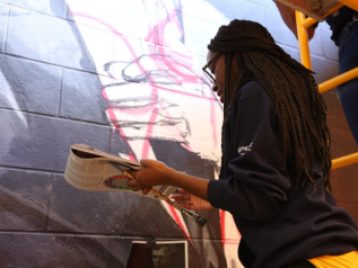 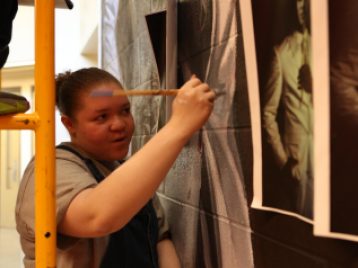 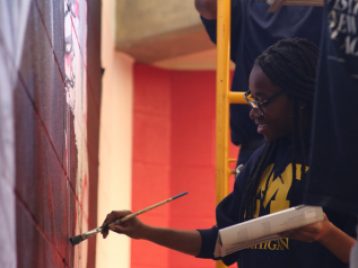 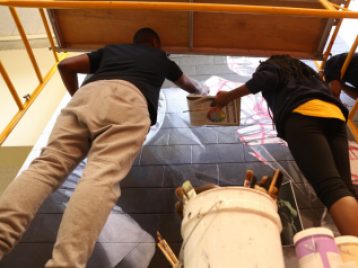 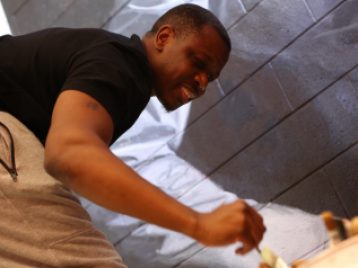 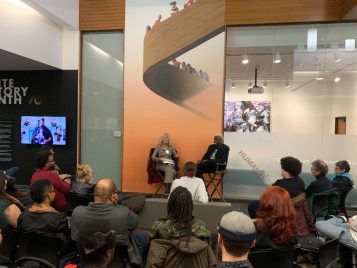