African-Canadian artist Esmaa Mohamoud investigates the intangibility of Blackness through issues surrounding Black representation and Black body politics in contemporary spaces. The Draft explores material and popular Black culture through the realm of athletics. With the use textiles and concrete, The Draft address the ways in which Black bodies navigate spaces as both visible, and at times invisible.

Esmaa Mohamoud (Canadian, b. 1992), is a Toronto-based African-Canadian artist. She holds a BFA from Western University (2014) and an MFA from OCAD University (2016). Recently, Mohamoud has exhibited at the Art Gallery of Ontario, the Royal Ontario Museum and the Museum of Fine Arts Montreal. She is represented by Georgia Scherman Projects.

With a love for the game, the future artist discovered superheroes in Toronto Raptors star Vince Carter as well as her own brother, who was transfixed by “hoop dreams” of his own.

In the site-specific Institute for the Humanities installation The Draft, Mohamoud explores themes of gender, race, empowerment, and disillusionment all embedded and intertwined in athleticism.

Thirty NBA basketballs partly deflated and cast in concrete by the artist are representative of the 30 NBA draft picks every year, those chosen as well as those whose names are never called despite their prowess.

Inherent cracks in the casts and their sheer collective weight allude to the potential fault lines in a fixed system…the heavy burden of dreams, the stuff of Don Quixote and Sisyphus, tragic in proportion when real lives depend on them.

A rusted chain hoop suggests the weird allure and enmeshment of the past. Yet, the matter-of-factness of the basketballs in concrete connects the work and the sport itself to community, to pick-up games in neighborhoods, and ultimately to what matters.

Images of men in jerseys and ball gowns harken back to Mohamoud’s early memories…a young girl who was just one of the boys…upending the static notion of either/or.

With a resolute attitude, post-colonial and post-gender, The Draft resides in the moment: buoyant, energetic, full of promise, and ultimately transformative. 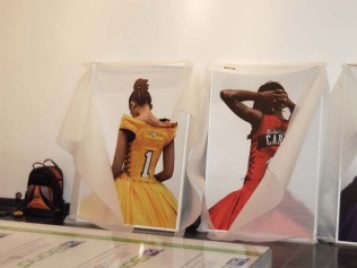 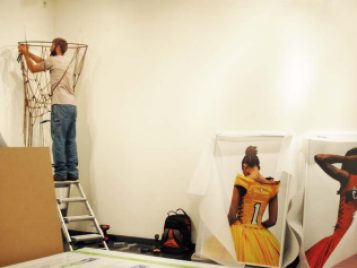 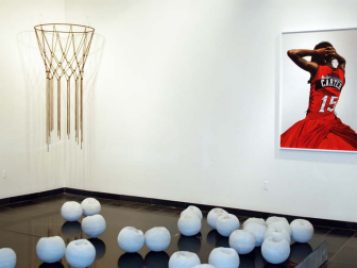 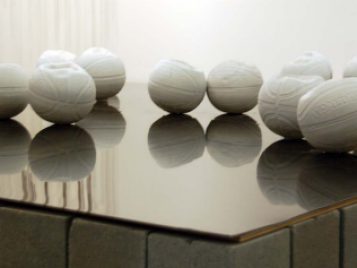 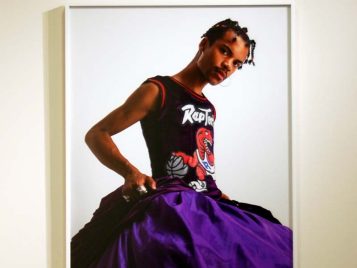 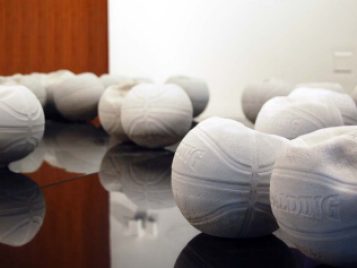 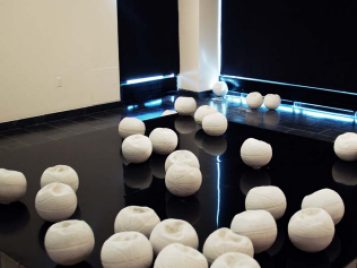 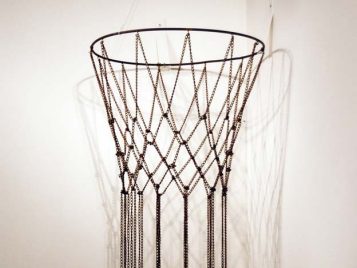 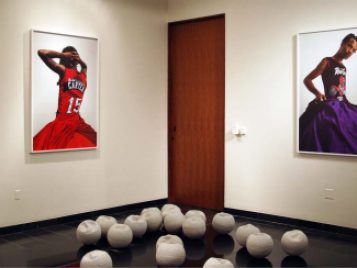 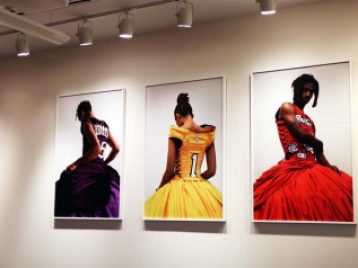 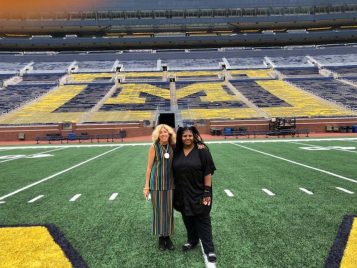 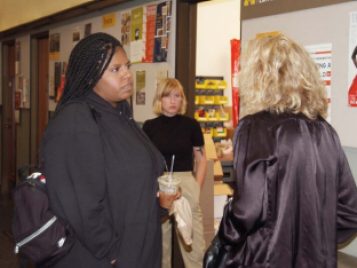