David Opdyke is a draughtsman, sculptor, and animator known for his trenchant political send-ups of American culture. Born in Schenectady, NY in 1969, he graduated from the University of Cincinnati with a degree in painting and sculpture. His work is informed by the massive industrial and corporate restructuring he witnessed growing up, namely the abandonment of the city center by manufacturing giants General Electric and ALCO. As GE shifted resources to neighboring Niskayuna, the disparities became hard for Opdyke to ignore. Massive, decaying factories, an empty interstate loop, and unemployment were downtown; new streets, expensive homes, sushi and shopping malls were in the suburbs.

This work starts with 528 postcards from all across the United States – views of local and national parks, cities, rivers, bridges, lakes, landmarks, farms and wilderness – assembled into a vast gridded landscape beset by environmental chaos. Each card is placed to fit into the overall image, and carefully modified with gouache to show a realistically-rendered piece of the overall turmoil.

The disorder within the images of the cards is mirrored in the state of the overall grid itself, which is crumbling at the bottom, with large chunks of the grid dislodged and "piled" at the base of the wall.

It’s a present-future mash-up of cause and effect.

Tornadoes in cities, rivers choked with algae, lightning and wildfires, floods, giant sea creatures in the Mississippi River, desertification and abandoned towns, frozen orange groves, invasive vines that crush buildings, a rain of deformed frogs, swarms of locusts, and hundreds of crows that fight over fields of shrivelled corn.

Engineers build a sea wall that cuts a city in two, and water diversion pipes criss-cross the country. Developers build condominiums on mountains and secure private islands. Governments establish water rationing and security checkpoints. Apocalyptic graffiti and traffic jams of evacuees fill the cities, while blimps announcing "The End is Near" float overhead, advertising for a modern-day Ark, which is being built on the shores of Lake Huron.

It’s another blue Monday: a series of perfunctory ablutions, the garage door opening, the routine curves and turns. Beyond the faltering reassurance of familiarity is the jangly anxiety that accompanies false hope. Because just maybe today will be different. We still have the fight within us. We are in it for the long haul. It’s the yin yang of high expectations and lowering the bar.

As part of the institute’s Year of Humanities and Environments, David Opdyke’s installation Paved with Good Intentions up-ends any snapshots of family vacations, destination spots, and America the Beautiful still in our pockets.

Each scenario chronicles the compulsion to repeat like cautionary tales, fatal visions, and guilt-ridden soliloquies.

An emergent pattern illustrates the cumulative impact of disasters to smaller things, egregious acts against our environment and one another. Opdyke’s visual testimonies urge us to take heed, to see the road signs before the inevitable catastrophic endgame.

In a turn, Opdyke’s vigilant observations sound the wake-up call, imploring viewers to witness our own doing and undoing, to mobilize in numbers, to take action. Hopefully, we can still change the picture towards an already uncertain future.

This project is supported by a grant from the Efroymson Family Fund.

Feb 4, 1-2pm
LOOK 101: Seeing Art in an Instagram World
How to Look at the Art of David Opdyke more 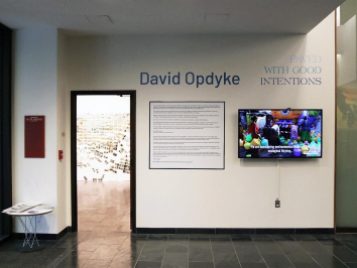 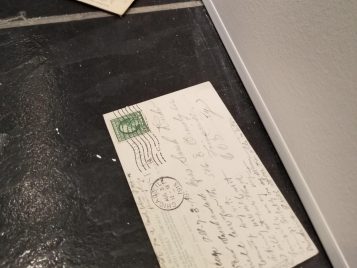 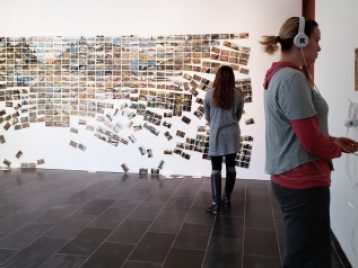 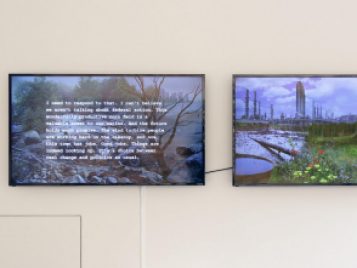 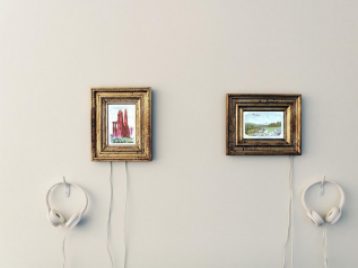 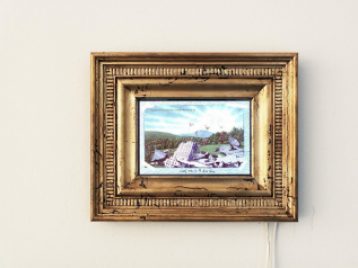 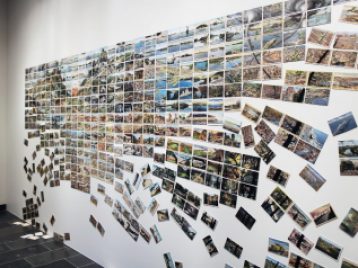 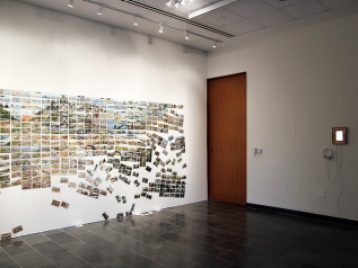 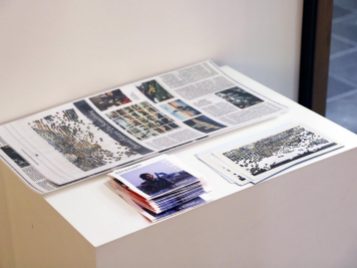 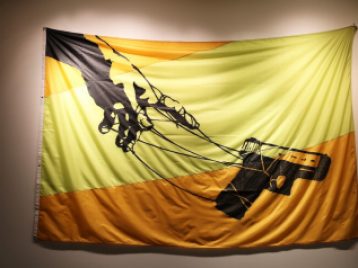 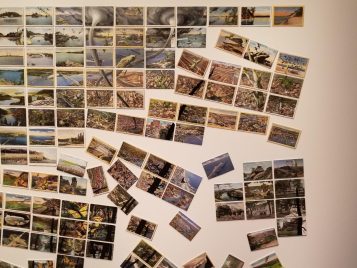 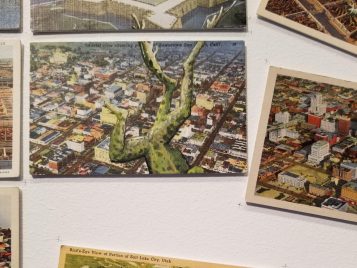 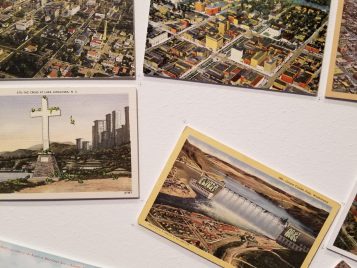 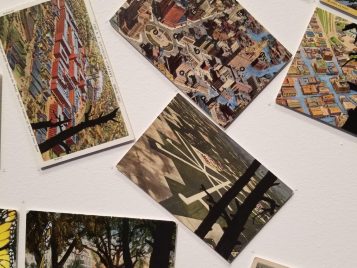