Elephants and Kings: An Environmental History 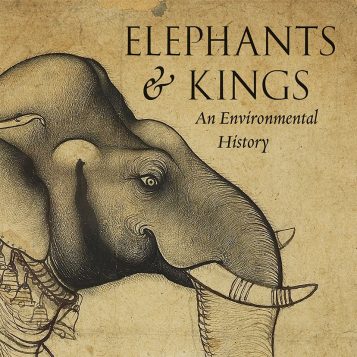 Because of their great size, elephants have been attractive to kings as symbols of their own eminence.  In the early civilizations kings have used elephants in royal sacrifices, spectacular hunts, public display of live captives, and the conspicuous consumption of ivory—practices tending toward the elephant’s extinction.  But Indian kings, recruiting adult wild elephants to be trained for use in war, had an interest in protecting wild elephants and their habitat as a military store.  The institution of the war elephant spread to the west, where elephants took part in some of the greatest battles of antiquity, and to Southeast Asia, a history spanning 3000 years and reaching from Spain to Java.  Examining human-elephant relations over such an expanse throws into relief the structure of India’s environmental history and the reasons that India has more wild Asian elephants in its forests than any other country.