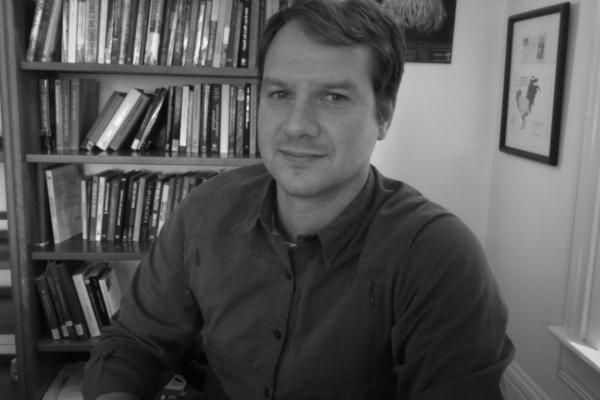 Recent news coverage of Central American migrants routinely describes them as “climate refugees,” fleeing lands where anthropogenic drought has made small farming impossible. Much of this reporting ignores or minimizes the extreme inequality of land distribution in Central America, as well as the organized violence, corruption, and legal impunity that has maintained that inequality over generations. Rendering migrants as victims of climate change erases their past and their historical agency, reducing them to helpless casualties of a disembodied “anthropocene.” And yet, stories about Central Americans succumbing to climate change are not new. This lecture will show that deterministic climate narratives purporting to explain the poverty of the Central American countryside have their origins in the expansion of the US empire. In the early twentieth century, North American scientists scouting for natural resources were baffled by the tropical landscapes of Central America, some of which contained indigenous milpa fields alongside the ruins of an advanced civilization. Attempting to make sense of terrain which defied deeply held convictions about race, climate, and civilizational development, these scientists created the concept of the “Maya Collapse” as we know it. The Maya Collapse erased a thousand years of Maya history, including half a millennium of colonial domination, and replaced it with a parable of nature’s power over man. Since its emergence among the disciplines of forestry, agronomy, and climatology, the Maya Collapse has taken many forms, but the fable at its core has proven remarkably durable, even in the face of widely available contradictory evidence. Like the climate refugee stories of today, the Maya Collapse redirected the gaze of outsiders away from the political violence and economic exploitation abetted by their own society. Human misery is attributed to nature’s wrath, and to no one in particular.