EIHS-Women's Studies Lecture: Can Marriage Save the Race? Ideas About African-American Marriage from W.E.B. Du Bois to Our Own Times 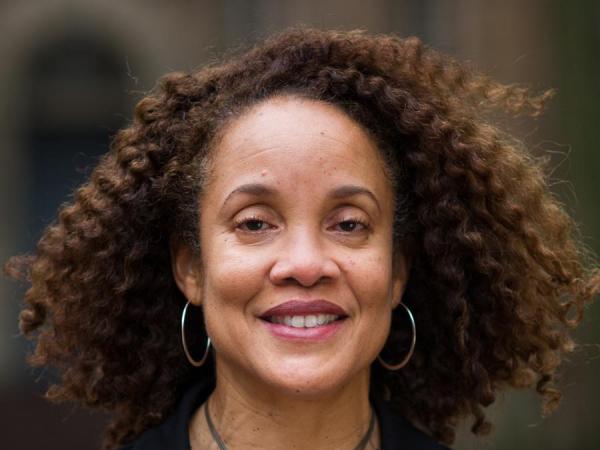 The state of African-American families, of marital status in particular, has been subject to debates going back centuries. Slavery was ground zero for explaining black familial impairments and has figured prominently in popular and scholarly assessments ever since. W. E. B. Du Bois was the first scholar to study the family and make this claim. This talk will take a critical look at his influential work and examine some of the contemporary debates about what marriage can and cannot do to redress the ills of racial oppression.

Tera W. Hunter is the Edwards Professor of American History and Professor of African-American Studies at Princeton University. She is a scholar of labor, gender, race, and Southern history. Her most recent book is Bound in Wedlock: Slave and Free Black Marriage in the Nineteenth Century (The Belknap Press of Harvard University Press, 2017). The book is the winner of the Stone Book Award, Museum of African American History; Mary Nickliss Prize, Organization of American Historians; Joan Kelly Memorial Prize and the Littleton-Griswold Prize, American Historical Association; Willie Lee Rose Book Award, Southern Association of Women’s Historians; and the Deep South Book Prize, from the Frances S. Sumersell Center for the Study of the South. It was also a finalist for the Lincoln Prize, Gettysburg College and the Gilder Lehrman Institute. To ‘Joy My Freedom: Southern Black Women’s Lives and Labors After the Civil War (Harvard University Press, 1997), received several awards as well. Hunter co-edited with Sandra Gunning and Michele Mitchell, Dialogues of Dispersal: Gender, Sexuality and African Diasporas (Blackwell Publishing, 2004) and with Joe W. Trotter and Earl Lewis, African American Urban Studies: Perspectives from the Colonial Period to the Present (Palgrave Macmillan, 2004). Hunter has engaged in public history projects as a consultant for museum exhibitions and documentary films and worked with public school teachers. She has written op-eds for the New York Times, Washington Post, among other media outlets. She graduated from Duke University (BA) and Yale University (PhD). She is a native of Miami, Florida.

This event presented by the Department of Women's Studies and the Eisenberg Institute for Historical Studies. It is made possible in part by a generous contribution from Kenneth and Frances Aftel Eisenberg.
History
1029 Tisch Hall
435 S. State St.
Ann Arbor, MI 48109-1003
umhistory@umich.edu
734.764.6305
734.647.4881
Sitemap
Facebook Instagram