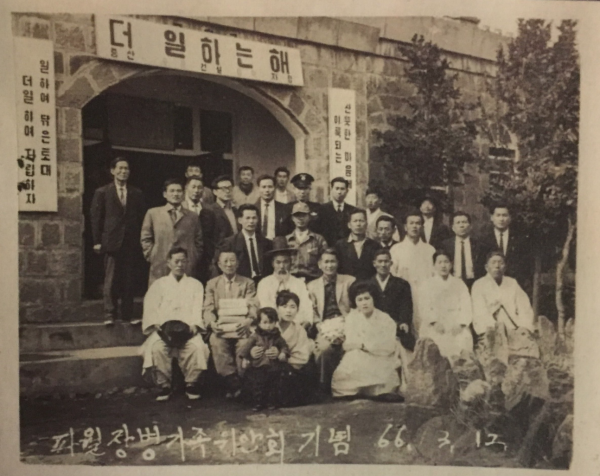 Please note: This session is planned to be held both in-person and virtually EST through Zoom. This webinar is free and open to the public, but registration is required. Once you've registered, the joining information will be sent to your email.

This event is co-sponsored by the U-M Department of History and U-M Center for Southeast Asian Studies.

In postcolonial South Korea, across periods of alternating hot and cold war, state-sponsored media played an active role in programs of pacification and anticommunist development. Textual and visual inscriptions of militarized sites thus functioned not just to aestheticize state power but to surveil and pacify the home front. Offering an alternative cultural history of the Korean and Vietnam Wars, this talk explores three such spaces, connecting each example to a representative documentary form: 1) refugee camps and police roundtables, 2) rural work settlements and on-site reportage, and 3) Vietnam War-era family support initiatives and state photography. It then turns to a wide range of texts, fiction and nonfiction, to argue that the ongoing state of total war in divided Korea not only compelled but also imperiled these attempts at visual ordering, a failure that informed the development of new forms of anti-war and anti-imperial critique.

Thomas M. Ryan, the Korea Foundation Postdoctoral Fellow at the Nam Center for Korean Studies, is a cultural and intellectual historian of modern Korea. Originally from Vancouver, he received his Ph.D. from Columbia University in 2022. Broadly concerned with war and ideology, his research employs a wide range of literary and non-literary texts to rewrite histories of mobilization, displacement, internment, and family in divided Korea. At the Nam Center, he is working on turning his doctoral dissertation into a book manuscript, tentatively titled War at the Exhibition: Militarism and Mass Culture in South Korea, 1946-1973.
History
1029 Tisch Hall
435 S. State St.
Ann Arbor, MI 48109-1003
umhistory@umich.edu
734.764.6305
734.647.4881
Sitemap
Facebook Instagram