Sodomy in Reformation Germany and Switzerland, 1400-1600 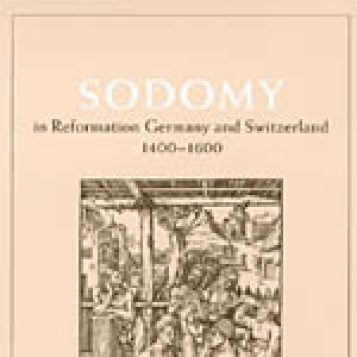 During the late Middle Ages, a considerable number of men in Germany and Switzerland were executed for committing sodomy. Even in the seventeenth century, simply speaking of the act was cause for censorship. Here, in the first history of sodomy in these countries, Helmut Puff argues that accusations of sodomy during this era were actually crucial to the success of the Protestant Reformation. Drawing on both literary and historical evidence, Puff shows that speakers of German associated sodomy with Italy and, increasingly, Catholicism. As the Reformation gained momentum, the formerly unspeakable crime of sodomy gained a voice, as Martin Luther and others deployed accusations of sodomy to discredit the upper ranks of the Church and to create a sense of community among Protestant believers. During the sixteenth century, reactions against this defamatory rhetoric, and fear that mere mention of sodomy would incite sinful acts, combined to repress even court cases of sodomy.