Weimar Publics/Weimar Subjects: Rethinking the Political Culture of Germany in the 1920s 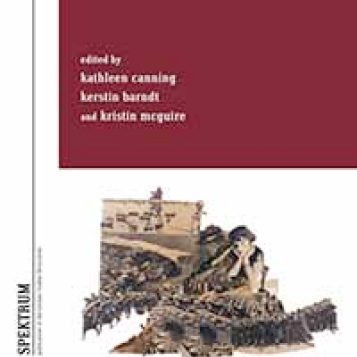 In spite of having been short-lived, “Weimar” has never lost its fascination. Until recently the Weimar Republic’s place in German history was primarily defined by its catastrophic beginning and end - Germany’s defeat in 1918 and the Nazi seizure of power in 1933; its history seen mainly in terms of politics and as an arena of flawed decisions and failed compromises. However, a flourishing of interdisciplinary scholarship on Weimar political culture is uncovering arenas of conflict and change that had not been studied closely before, such as gender, body politics, masculinity, citizenship, empire and borderlands, visual culture, popular culture and consumption. This collection offers new perspectives from leading scholars in the disciplines of history, art history, film studies, and German studies on the vibrant political culture of Germany in the 1920s. From the traumatic ruptures of defeat, revolution, and collapse of the Kaiser’s state, the visionaries of Weimar went on to invent a republic, calling forth new citizens and cultural innovations that shaped the republic far beyond the realms of parliaments and political parties.