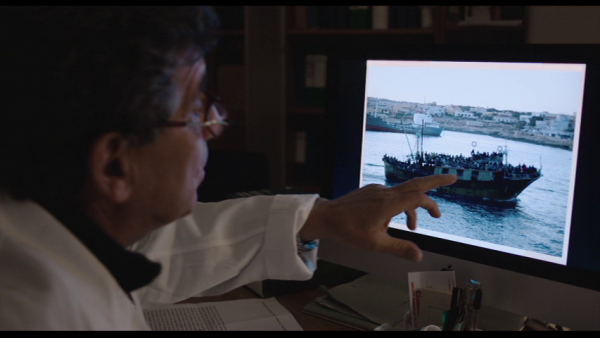 The search for livable models of collective identity and belonging has assumed new urgency
under contemporary conditions of socio-economic precarity, war and political hatred. This talk develops a plea for attending to the productivity of contemporary arthouse cinema in this moment of heightened affectivity in the public realm. Cinema’s imaginative scenarios do not simply counter dominant political imaginaries of hate and fear with positive alternatives, but “reconfigure the sensible” (Jacques Rancière) by probing layered affects in layered contexts, encouraging us to think, and feel, again about present, past, and future claims to collectivity.

Claudia Breger is is the Villard Professor of German and Comparative Literature at Columbia University. Her research focuses on twentieth- and twenty-first century culture, with emphases on film and theater; literary, media, and cultural theory; and the intersections of gender, sexuality and race.

She is particularly interested in combining theory with historical perspectives, and cultural studies approaches with aesthetic inquiries and close reading practices. Her earliest book, Ortlosigkeit des Fremden (Böhlau 1998), traces the genealogy of modern representations of Romani and other itinerant people at the intersection of race and gender around 1800. Prof. Breger’s second book, Szenarien kopfloser Herrschaft (Rombach 2004), investigates reconfigurations of royal imaginaries beyond sovereignty in twentieth-century German culture, in scenarios ranging from imperial Egyptology to queer drag king performances.

The German Speakers Series is sponsored by the Department of Germanic Languages and Literatures. These events are free and open to the public. If you are a person with a disability who requires an accommodation to participate, please contact 734-764-8018 or germandept@umich.edu at least one week in advance.
Germanic Languages and Literatures
812 E. Washington St., 3110 MLB
University of Michigan
Ann Arbor, MI 48109-1275
germandept@umich.edu
734.764.8018
734.763.6557
Sitemap
Facebook Twitter Youtube