Decolonizing European History at the Museum 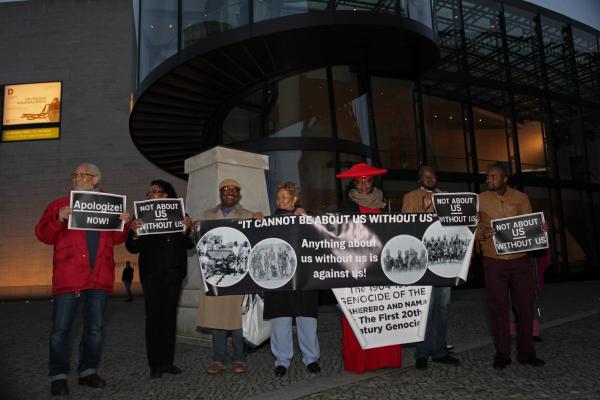 As the colonial past is increasingly being incorporated into national and transnational histories, some museums have positioned themselves as public facilitators of the labor of mourning, of empathetic listening, and of rehearsing postcolonial conviviality. The presentation looks at recent exhibitions in German and European museums, to examine how curators set struggles over racial inclusion and equality within longer histories of violence. How do these exhibitions approach the challenge of decolonizing national and European histories?

Katrin Sieg is Graf Goltz Professor and Director of the BMW Center for German and European Studies at Georgetown University, where she is jointly affiliated with the German department. The author of three scholarly monographs, she has published across the fields of German, European, and Theater/Performance studies. Her research intersects with feminist, postcolonial, and critical race studies. She has received several awards and grants, among them two awards for her second book, Ethnic Drag: Performing Race, Nation, Sexuality in West Germany (2002). A fourth book, Decolonizing German and European History at the Museum, is under contract with the University of Michigan Press.

The German Speakers Series is sponsored by the Department of Germanic Languages and Literatures. These events are free and open to the public. If you are a person with a disability who requires an accommodation to participate, please contact 734-764-8018 or germandept@umich.edu at least one week in advance.