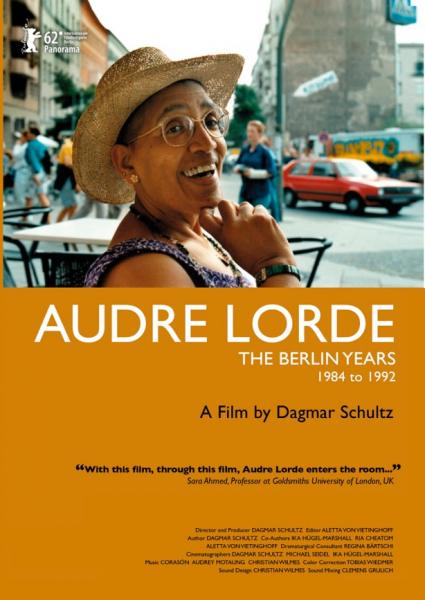 As part of the university's honoring of Martin Luther King, Jr. Day

Audre Lorde’s incisive, often-angry, always brilliant writings and speeches defined and inspired the US-American feminist, lesbian, African-American, and Women-of-Color movements of the 1970s and 1980s. Audre Lorde - the Berlin Years 1984 to 1992 documents an untold chapter of Lorde’s life: her influence on the German political and cultural scene during a decade of profound social change. The film explores the importance of Lorde’s legacy, as she encouraged Afro-Germans—who, at that time, had no name or space for themselves—to make themselves visible within a culture that until then had kept them isolated and silent.

The film chronicles Lorde’s empowerment of Afro-German women to write and to publish, as she challenged white women to acknowledge the significance of their white privilege and to deal with difference in constructive ways. Previously unreleased archive material as well as present-day interviews explore the lasting influence of Lorde’s ideas on Germany and the impact of her work and personality. For the first time, Dagmar Schultz’s personal archival video- and audio-recordings reveal a significant part of the private Audre Lorde as well as her agenda—to rouse Afro-Germans to recognize each other.