Culture in the Anteroom: The Legacies of Siegfried Kracauer (2012) 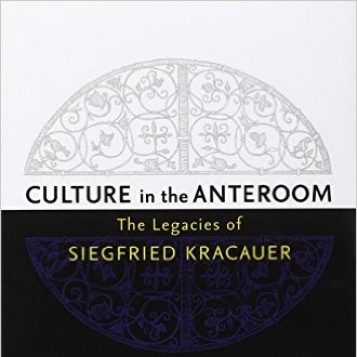 Culture in the Anteroom introduces an English-speaking readership to the full range of Siegfried Kracauer's work as novelist, architect, journalist, sociologist, historian, exile critic, and theorist of visual culture. This interdisciplinary anthology—including pieces from Miriam Bratu Hansen, Andreas Huyssen, Noah Isenberg, Lutz Koepnick, Eric Rentschler, and Heide Schlüpmann—brings together literary and film scholars, historians and art historians, sociologists, and architects to address the scope and current relevance of a body of work dedicated to investigating all aspects of modernism and modernity. The contributors approach Kracauer's writings from a variety of angles, some by placing them in dialogue with his contemporaries in Weimar Germany and the New York Intellectuals of the 1940s and '50s; others by exploring relatively unknown facets of Kracauer's oeuvre by considering his contributions to architectural history, the history of radio as well as other new media, and museum and exhibition culture.