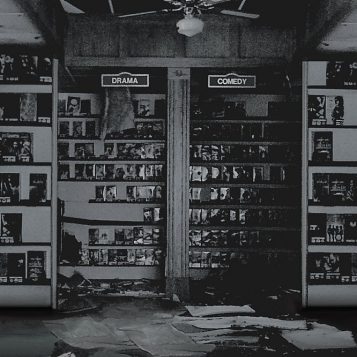 Videoland offers a comprehensive view of the "tangible phase" of consumer video, when Americans largely accessed movies as material commodities at video rental stores. Video stores served as a vital locus of movie culture from the early 1980s until the early 2000s, changing the way Americans socialized around movies and collectively made movies meaningful. When films became tangible as magnetic tapes and plastic discs, movie culture flowed out from the theater and the living room, entered the public retail space, and became conflated with shopping and salesmanship. In this process, video stores served as a crucial embodiment of movie culture’s historical move toward increased flexibility, adaptability, and customization.

In addition to charting the historical rise and fall of the rental industry, Herbert explores the architectural design of video stores, the social dynamics of retail encounters, the video distribution industry, the proliferation of video recommendation guides, and the often surprising persistence of the video store as an adaptable social space of consumer culture. Drawing on ethnographic fieldwork, cultural geography, and archival research, Videoland provides a wide-ranging exploration of the pivotal role video stores played in the history of motion pictures, and is a must-read for students and scholars of media history.