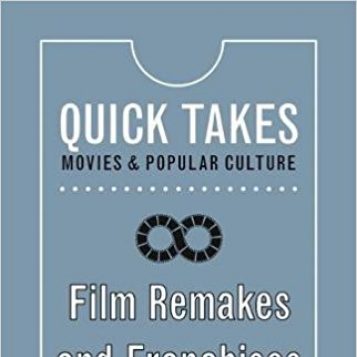 Contemporary media seems incredibly unoriginal, as Hollywood produces an endless flood of remakes, sequels, reboots, and franchises. We watch as the same stories, characters, and images appear again and again in different films, on new platforms, and as toys and other merchandise. Are these works simply crass commercial products, utterly devoid of creativity, or do they offer filmmakers a unique opportunity to reimagine iconic characters and modern myths?

Film Remakes and Franchises examines how remakes and sequels have been central to the film industry from its very inception, yet also considers how the recent trends toward reboots and transmedia franchises depart from those historical precedents. Film scholar Daniel Herbert not only analyzes the film industry’s increasing reliance on recycled product, but also asks why audiences are currently so drawn to such movies. In addition, he explores how contemporary filmmakers have used reboots and franchise movies to inject timely social commentary and diversity into established media properties. A lively and accessible overview that covers everything from You’ve Got Mail to The Force Awakens, Film Remakes and Franchises raises important questions about the intersection of business and creativity in Hollywood today.