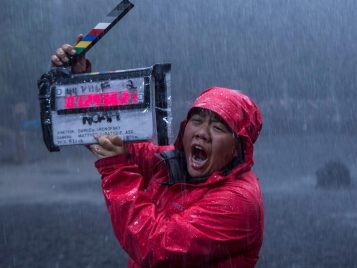 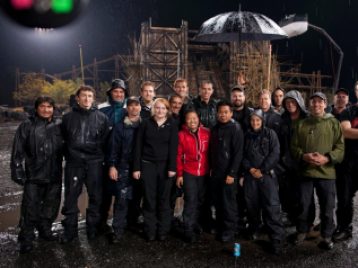 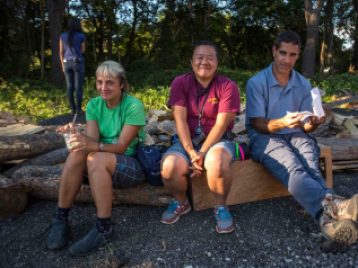 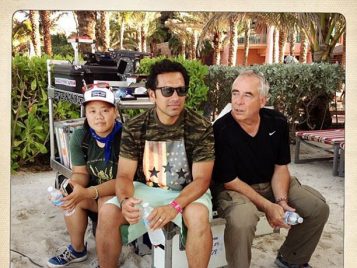 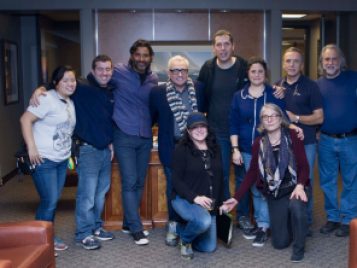 Since graduating from the University of Michigan in 2011, Department of Film, Television, and Media with Highest Honors, Connie Huang has been very busy. After moving to New York City she worked as a production assistant for one year. She then joined the International Cinematographers Guild (ICG) union, and has since been working in the camera department on a number of feature films, including Hunger Games: Catching Fire, Martin Scorsese’s The Wolf of Wall Street,Darren Aronofsky’s Noah and the soon to be released The Other Woman.

In the summer of 2010, her junior year at FTVM, Huang interned at Park Pictures, a commercial production company in New York City where she learned a great deal about film production. After completing her honors thesis film, When It’s All Been Done Before (2011), she moved to New York in 2011 and using her internship contacts, worked as a production assistant on a variety of commercials, music videos and TV shows.

She quickly learned that being a production assistant (PA) is hard work. PAs are the first to arrive and the last crew members to leave the set. It involves early call times (4 AM) and long days of tedious work. Huang says that the best film school is working on set. Her advice is to work hard and look for opportunities to help others if you want to be successful in the business.

While working as a PA, she would scan the daily call sheets and make it a point to introduce herself to the camera department on each job. She would also ask if she could go on camera checkouts with the assistants. Soon she found herself commuting 2 hours to ARRI Camera Service Center in New Jersey to observe camera checkouts on her days off– unpaid. Huang says that the rental house is a great place to meet many camera assistants looking to hire camera PAs.

While PAing for a casino commercial, Huang met steadicam operator Steve Consentino, who worked with Darren Aronofsky on his previous film Black Swan. Consentino would recommend her for many jobs and eventually when it came time for crewing up the Noah camera department, Huang got the call to camera PA. Huang says, “It only takes one person to give you a chance, everyone I met on Noah led to other jobs down the road.”

In the summer of 2012 she passed the test to join the ICG as a camera assistant. Huang’s advice: “Work hard and smile a lot.” Although, after a busy 18 months Huang says, “working hard is important, but having a life outside of work is just as important. It’s good to take a break, it refreshes you for the next job.” Huang has established herself in the New York production community and has the time to pace herself now. Though she is working towards being a director of photography (DP), she has learned that even on big budget shoots sometimes decisions are out of the hands of the DP or even the director. Even on The Wolf of Wall Street Scorsese couldn’t do everything he wanted.

Huang is currently “day playing” as a 2nd AC on a variety of short-term jobs in NYC until the next feature comes to town.