Thinking Sex with the Early Moderns 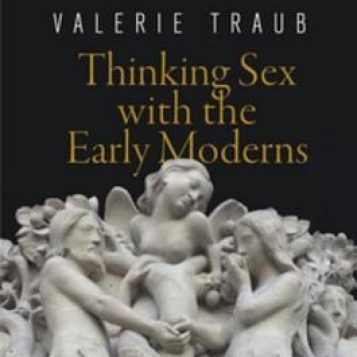 What do we know about early modern sex, and how do we know it? How, when, and why does sex become history? In Thinking Sex with the Early Moderns, Valerie Traub addresses these questions and, in doing so, reorients the ways in which historians and literary critics, feminists and queer theorists approach sexuality and its history. Her answers offer interdisciplinary strategies for confronting the difficulties of making sexual knowledge.

Based on the premise that producing sexual knowledge is difficult because sex itself is often inscrutable, Thinking Sex with the Early Moderns leverages the notions of opacity and impasse to explore barriers to knowledge about sex in the past. Traub argues that the obstacles in making sexual history can illuminate the difficulty of knowing sexuality. She also argues that these impediments themselves can be adopted as a guiding principle of historiography: sex may be good to think with, not because it permits us access but because it doesn't.