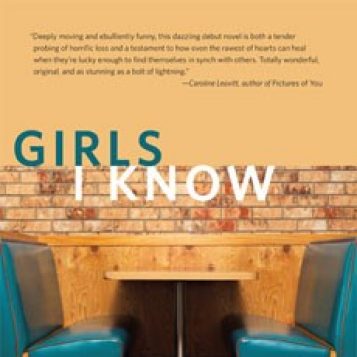 In the winter of 2001, 29-year-old Walt Steadman—grad school dropout, sperm donor, and holder of other odd jobs—survives a shooting in his favorite Boston café that leaves four people dead.  In this tragedy’s wake, Walt is forced to contemplate what, if anything, he has made of his life.  This process quickly becomes entangled with two new relationships: one with an ambitious Harvard undergraduate named Ginger Newton who is writing a book called Girls I Know about the jobs women do—from researching breast cancer to stripping to helping teenage runaways—and how these jobs shape their lives; and another with 11-year-old, African-American Mercedes Bittles, who lost her parents in the shootings.  As he opens up to both “girls,” reluctantly accepting Ginger’s financial support while tutoring the unsettled and taciturn Mercedes, Walt opens up, too, to his own dormant ambitions, all while discovering the true, diverse face of Boston, the power of human relationships, and the ability he possesses to shape his future.