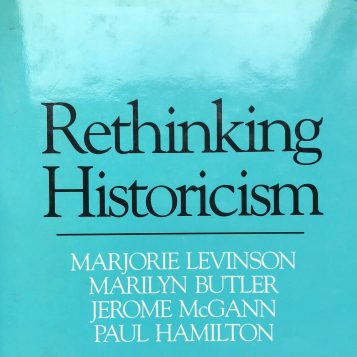 In this collection of critical essays, four scholars of Romanticism address the problematic concept of "history" within the specific context of Romantic studies. In so doing, the authors interrogate the methods and assumptions of both "new" and "old" historicism, providing alternative ways of reading the literary past. The four essays in this volume emerged in response to a range of circumstances and as episodes within the independent critical actions. These essays were written by men and women from both the British and the American academy, Romanticists of different  ...more