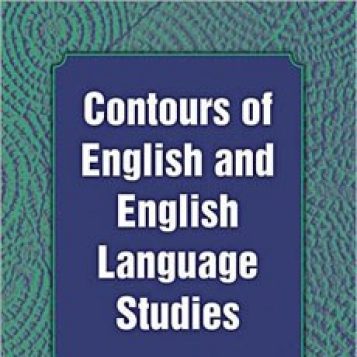 Michael Adams and Anne Curzan are pleased to announce publication of Contours of English and English Language Studies (University of Michigan Press, 2011; Pp. iv + 371), a collection designed to honor the late Richard W. Bailey, the founding editor of Dictionaries, President of DSNA, and a Fellow of DSNA.

The book is divided into four sections representing four of Richard’s particular interests: American Dialects, History of the English Language, English Lexicography, and English Language Studies and Education. Each section includes a brief introduction by the editors, three substantial essays, and a response essay. Here is the Table of Contents:

History of the English Language

The general introduction includes an account of Richard’s career. We hope that members of the Society who knew Richard will consider buying the book as an act of memory, but the contents richly reward the purchase price of USD35.95 for anyone interested in any, some, or all of the book’s subjects. We hope that colleagues at colleges and universities will recommend purchase to their libraries. The book is available at the University of Michigan Press website