A "Common Spectacle" of the Race: The Visual Politics of Founding in the Age of Garveyism 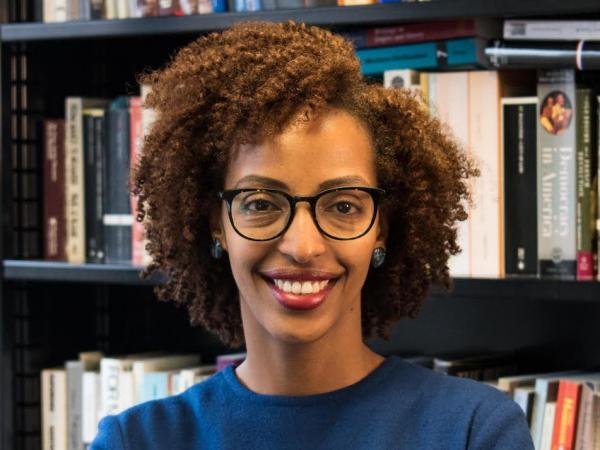 Addressing a crowded Liberty Hall full of members of the New York Division in the summer of 1920, Marcus Garvey declared, “We are a new people, born out of a new day and new circumstance. We are born out of the bloody war of 1914-1918.” This essay is concerned with the constitution of a new people, attending in particular to the role of images, performance, and practices in the project of political founding. Focusing on the 1920 and 1921 convention, I argue that for the United Negro Improvement Association, political founding was a vehicle through which participants came to understand themselves as constituting the figure of Universal Negro—a figure represented through the convention as a transnational and empowered political subject. Political founding was on this view a process of transforming one’s self-perception, of cognizing oneself as member of a transnational people politically capable of transforming the prevailing conditions of racial domination.

Professor Getachew will present a short introduction to her pre-circulated paper (forthcoming); this will be followed by brief comments by Professor Jesse Hoffnung-Garkshop (University of Michigan) and audience questions.

Adom Getachew is Neubauer Family Assistant Professor of Political Science and the College at the University of Chicago. She is the author of Worldmaking after Empire: The Rise and Fall of Self-Determination (PUP, 2019).

Free and open to the public. This is a remote event and will take place online via Zoom. Please register in advance here: https://umich.zoom.us/webinar/register/WN_prwS5vb6R2ORRvW9taPevQ

This event is part of the Thursday Series of the Eisenberg Institute for Historical Studies. It is made possible by a generous contribution from Kenneth and Frances Aftel Eisenberg.

The Thursday Series is the core of the institute's scholarly program, hosting distinguished guests who examine methodological, analytical, and theoretical issues in the field of history.

The Friday Series consists mostly of panel-style workshops highlighting U-M graduate students. On occasion, events may include lectures, seminars, or other programs presented by visiting scholars.