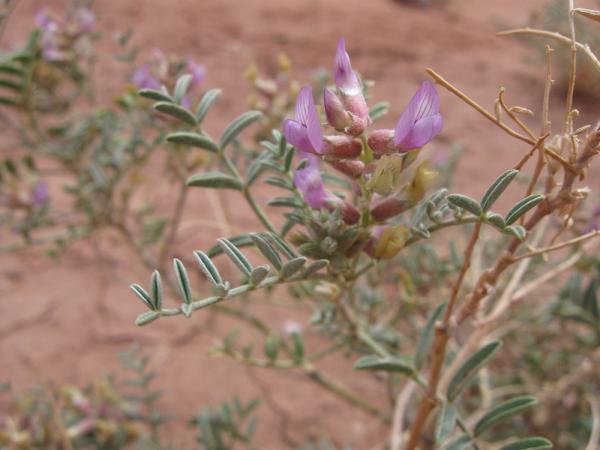 Our weekly lunch seminar series featuring internal speakers in the field of ecology and evolutionary biology.

Abstract
Astragalus L. (Fabaceae) is possibly the most species-rich genus of seed plants with more than 3,000 recognized species. Almost 500 of those species (commonly called milkvetches or locoweeds) in the Americas are part of a clade called Neo-Astragalus and are estimated to have shared a common ancestor as recently as 4.5 million years ago. However, as largely temperate, perennial herbaceous plants, these species are rather ecologically similar compared to classic examples of plant adaptive radiations. Using phylogenies estimated from whole chloroplast genomes and nuclear ribosomal DNA, I will explore cryptic (or difficult to observe) differentiation in Neo-Astragalus by examining character evolution and homoplasy in morphological traits as well as the accumulation of selenium. About two dozen Neo-Astragalus species are selenium hyperaccumulators that are not only restricted to soils already rich in the element but also accumulate it to the point they are highly toxic to most herbivores. Convergent evolution in this trait could be indicative of other kinds of cryptic but ecologically important disparity that may have developed during the evolution of Neo-Astragalus in the Americas and in Astragalus as a whole.

This seminar will be in-person and livestreaming on Zoom (link this page).