Sperm related phenotypes implicated in both maintenance and breakdown of a natural species barrier in the house mouse. 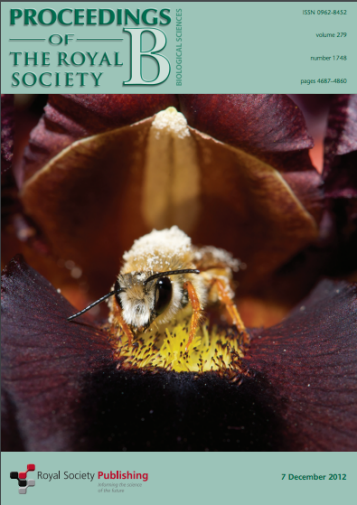 The house mouse hybrid zone (HMHZ) is a species barrier thought to be maintained by a balance between dispersal and natural selection against hybrids. While the HMHZ is characterized by frequency discontinuities for some sex chromosome markers, there is an unexpected large-scale regional introgression of a Y chromosome across the barrier, in defiance of Haldane's rule. Recent work suggests that a major force maintaining the species barrier acts through sperm traits. Here, we test whether the Y chromosome penetration of the species barrier acts through sperm traits by assessing sperm characteristics of wild-caught males directly in a field laboratory set up in a Y introgression region of the HMHZ, later calculating the hybrid index of each male using 1401 diagnostic single nucleotide polymorphisms (SNPs). We found that both sperm count (SC) and sperm velocity were significantly reduced across the natural spectrum of hybrids. However, SC was more than rescued in the presence of the invading Y. Our results imply an asymmetric advantage for Y chromosome introgression consistent with the observed large-scale introgression. We suggest that selection on sperm-related traits probably explains a large component of patterns observed in the natural hybrid zone, including the Y chromosome penetration.

© 2019 Regents of the University of Michigan